As the tamil Bigg Boss is running successfully with three promos per day, controversy has been raised on the Telugu version of the 100 days show. The controversy surfaced after a police complaint of an actress Gayathri Gupta who alleged that the management of Bigg Boss misbehaved with her by asking inappropriate questions.

Telugu channel Star Maa has finally announced the official launch date of Bigg Boss Telugu 3, which is hosted by Akkineni Nagarjuna. Bigg Boss Telugu has completed two successful seasons. While the audience eagerly waited for the third season, the makers of the show were facing several problems with regard to the selection of its host and contestants. 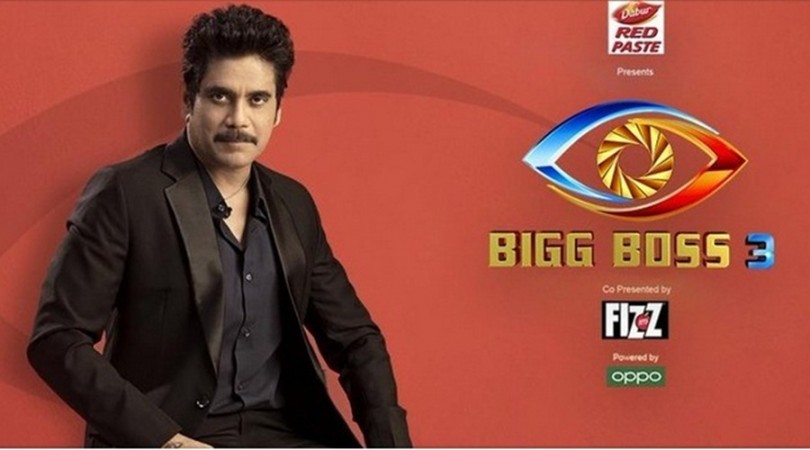 Gayathri Gupta claimed that she was also approached to be a member of the Bigg Boss house and that show organiser Raghu visited her house with contract papers which she signed but was not given a copy of. She says Abhishek, Ravikanth and Raghu visited her at home later to discuss the show, where they asked “How would you manage 100 days without sex in Bigg Boss house” during the process. Gayatrhi Gupta is an Indian Telugu language actress and TV presenter who has 13 years of experience. She is well known for her debates in Telugu News Channels about casting couch issue in Tollywood. Earlier She alleged that a Telugu film producer tried to rape her and also asked sexual favours, after accepting their movie.

“I accepted to participate in the show and agreed with the payment they offered. They told me not to take up any projects for 100 days because of which I made to reject 2 of my film projects.” gayathri told to The News Minute.

“During my conversation about my participation in the show with Abishek, he then asked whether I could stay away from my phone for 100 days. After that he asked me If I could stay there for 100 days without having sex. I baffled on that question and didn’t know why he asked such question to me. He then asked me what I could do in return for the “boss” for the chance he provided me.” said Gayathri Gupta.

However Gayathri was called by Ravikanth on June 25 who said that she is no longer a part of Bigg Boss show. When she asked for a reason they reportedly said that it is her health. “If my health is an issue, why would they made me sign on the agreement and blocked my dates??” questioned Gayathri Gupta.

First information report has been registered against Abhishek and Ravikanth followed by the complaint of Gayathri Gupta. Earlier journalist Swetha Reddy, an anchor at AT New Republic Telugu in Hyderabad, filed a case against four of Bigg Boss 3 Telugu’s organisers on July 13. It is notable that Abhishek and Ravikanth involved in Shwetha’s case as offenders.