Director Ranjit Jeyakodi made his debut with Vijay Sethupathi and Gayathrie-starrer Puriyatha Puthir. After being in the cans for several years, the film finally hit the theatres only to end up as a box office failure.

Titled Ispade Rajavum Idhaya Raniyum, the film stars Harish Kalyan and Shilpa Manjunath in the lead roles. The movie, which is produced by Madhav Media has a supporting cast that includes Ma Ka Pa Anand and Bala Saravanan.

Harish Kalyan, who made his debut a few years ago, rose to fame with his stint in the Bigg Boss Tamil Season 1. Post Bigg Boss, he starred in director Elan’s Pyaar Prema Kaadhal, which was one of the best films in Kollywood in the year 2018.

Ranjit describes Ispade Rajavum Idhaya Raniyum as a ‘violent love story’ and when the trailer of the film released, it was compared to Arjun Reddy. Right from the intimate scenes to the intensity in each character, everything resembled the Vijay Deverakonda and Shalini Pandey-starrer.

As the film is released today famous reviewer Prashanth has released his review in his youtube channel. The reviewer who said that the film is technically strong also said that it lacks message to the youths of current society. 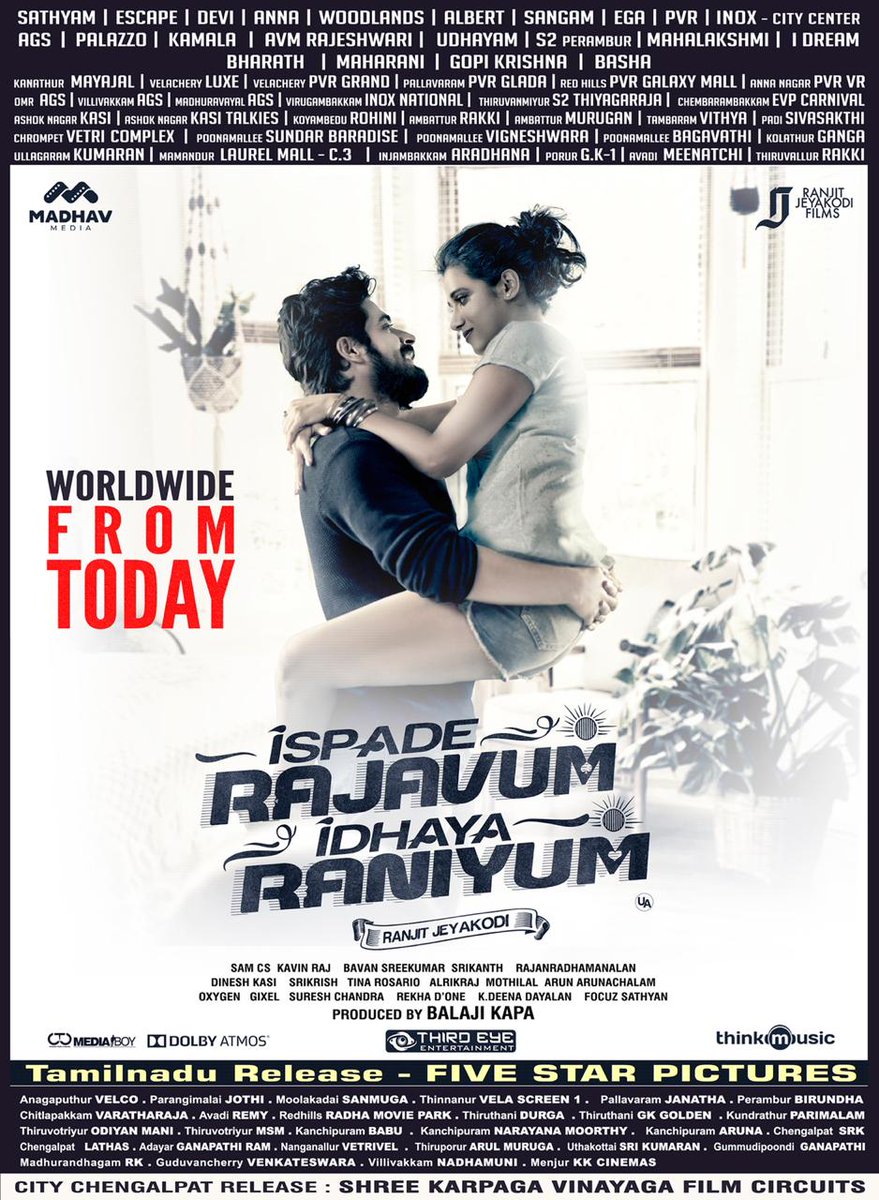 “As the movie crew promoted this movie in a way of attracting Youths, they not at all walked their talk. We are in a shock of crimes like the Pollachi rape case. They are promoting the movie as “Violent love story” in order to grab the college students. But there is nothing useful for the college students as they are portraying a particular men’s arrogance as heroism which also makes a girl fall for him” said Prashanth in his review.

“It is like teaching the youths to be arrogant is not at all good for the society. A guy who is above 25 would have that sense to see this movie as a movie but a teenage guy who sees the film will get influenced by Harish Kalyan who has fan base only among the teens. They also portrayed love is completed when the couple have sex which is not understandable at all. How in the world will you guys convey this to the youths ??” the reviewer gets emotional.

“They never exposed the Harish Kalyan’s background or his occupation or his educational qualification. All they interested in showing is about his stalking. You can never see Harish Kalyan doing any good deed all throughout the movie. All he has to so is stalking the female lead” said Prashanth aka Panda in his review.

“The character (Harish Kalyan) doesn’t care about himself and is detached from the world. He is someone who doesn’t even know he has a beard. That was the idea.” said the director of the movie Ranjith Jeyakodi in one of his earlier interviews.

Talking about the movie, Harish Kalyan said “The film is all about love and our understanding of love. It is a very intense story but also has its lighter moments. The movie will connect to the millennial of this generation. It will be very relatable to the youngsters as they would have definitely come across such a situation in life. Ispade Raja and Idhaya Rani are the characters you come across in everyday life.”

Have you watched the movie ?? Comment your views below !!