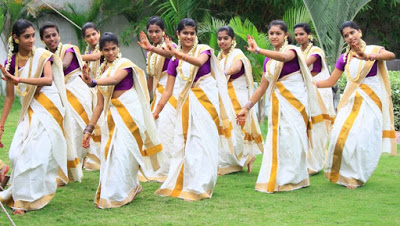 Onam has very ancient origins,it is known as the Festival of Rain Flowers .On the happy and auspicious occasion of Onam, here is a list of fifteen interesting facts that makes this festival so very special.

Onam is a harvest festival, but the most beautiful fact about it is that it is a secular festival, celebrated by people of all religions and castes.

The festival marks the homecoming of the mythical King Mahabali who Malayalees consider as their King. The king comes every year to see whether his subjects are living happily.

Onam is one of those few festivals that has such huge variety of cultural elements such as Vallam Kali, Pulikkali, Pookkalam, Onatthappan, Thumbi Thullal, Onavillu, Kazhchakkula, Athachamayam etc.

The festival also has a special and traditional dance known as Kaikotti kali or Thiruvathira kali.

As part of Maveli Puja performed during Onam three small sized figurines, made of red sand are erected, at the verandah of households.

Like Ganesh Chaturthi, Onam is a 10 day festival, the first and the last being the most important ones.

The most important things about Onam are the onakkodi, the new clothes worn on this day and onam sadya, a feast which is quite elaborate.

Traditional pickles and papadam are also served. Dessert is usually ‘payasam’, a sweet dish made of milk, sugar and other traditional Indian savories.

During Onam, people create a multi-coloured floral decoration on the ground in the front of their home called pookkalam.

A palmyra tree is erected in front of temples and surrounded with a wooden balustrade and covered with dry palmyra leaves. It is lit with a torch and burned to ashes to signify that Mahabali went to hell as a sacrifice.

Gifts form an inseparable part of the festival of Onam. Some of the most popular gifts exchanged during these festivals are silver coins, gold jewelry, clothes, home appliances, gadgets and many more.