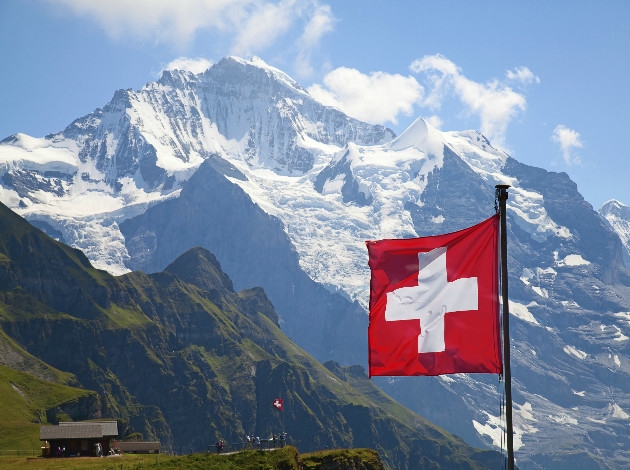 Pc.listaka
The world is a weird place as we all know too well. So here are some facts and things that make Switzerland a proud member of the weird club.

Pc. wineandbeerwalk
“I hate when people say you don’t need alcohol to have fun. You don’t need running shoes to run but it F***** helps!”- Possibly Switzerland. The country in 2012 had 56.5 liters of beer and 36 liters of wine per person. Most of the wine is grown in the country but only 2 percent is exported.

Pc. picturescollections
Sometimes all you need is a little chocolate to make your day complete, hoping the ladies would agree. Swiss made around 172,376 tons of chocolate in 2012, and the number just keeps on increasing every year. And you know what is better than a Swiss chocolate? Nothing!

Pc. greencardgolf
Switzerland is known as the land of love and rightfully so, the destination has about 1500 lakes. You are literally never more than 10 miles from a lake.

Pc. theamazingpics
Switzerland is well known for its natural beauty that attracts thousands all over the world. The destination has astounding 23% foreigners out of its total population.  So if you are going to the country, rest assured that you will get a culturally diverse nation.

Pc. playbuzz
The average age of Marriage for men is 31.8 and for women its 29.5.So all you people who are just simply happily unmarried, Good reason to fly to the country eh?

Pc. barefootfarmgirl
Another shocking thing about the country is that it has the highest rates of Cannabis use in the world. About 6000,000 people smoke the plant and go through 100 tons of hash and marijuana every year. So if you want to work on that Joint file with your friends, you know where to go now!

Pc. globalgenes
To the people who say teaching doesn’t pay well, you my friend cannot be more wrong! Teaching is one of the highest paid occupations in the country; the average salary of a Swiss teacher was 112000 dollars in 2012. They also have the most amount of vacation time 12 weeks!

Pc. Reddit
As unusual it might feel the Shopping carts in the area have to be unlocked with a coin. So if you are in the country trying to wrestle with the carts that just won’t budge, next time try inserting a coin instead.

Pc. pennenergy
An environment friendly country, 60% of Switzerland’s electricity is produced by hydroelectric power. This is also because of the presence of many water bodies in the destination. So if you have a green thumb, you will fit right in!

Pc. wallpapercave
In Switzerland it is illegal to buy just one guinea pig, you cannot separately buy them, and they have to be in pairs. Why you ask? Well, just because it’s all about love in the end isn’t it? Animals have feelings too you know!

11. Literally the creepiest thing I have heard all day!

Pc. sojournjones
If the list has still not matched up your quirky quotient, there is also a 500-year-old statue of a man that is literally eating a sack of babies in Bern, Switzerland. But that’s not the creepy part, the creepy part is nobody is sure why the statue is there in the first place! Hmm, strange, very strange indeed.

Pc. apenquotes
The country that is known for its grand lifestyle can’t stay behind when it comes to the most luxorious items. A Swiss Jeweler made a 68 million dollar ring that was made out of diamonds. Why? Because they can!

Pc. etravelblog
One weird rule about the country is not to ski down a mountain while reciting poetry as it is illegal. Although it would be fun seeing somebody do that. You can also not wash your car or dry your clothes on a Sunday. Yes, the law actually states that.

Pc. Youtube
So, there is something known as Assisted suicide that is legal in Switzerland. To be honest it’s not as uncommon as you think as it is also legal in Belgium, Netherlands, and the American states (Oregon, Washington, and Montana).

Pc. mattikuykendall
In Switzerland, Christmas not only has Santa-Claus but also a guy named “Schmutzli” literally translating to dirty. His job involves beating naughty children with sticks. Umm, What? Oh the Guy also has a blacked out face.
So here were some weird, fantasizing and some just crazy things about Switzerland that will want to make you check out the destination.
COURTESY : TripHoBo