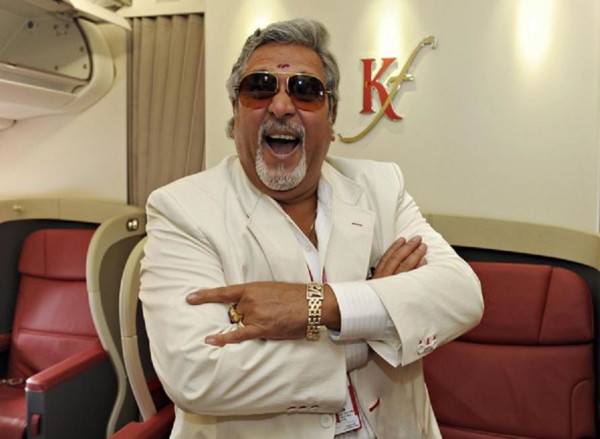 Vijay Mallya was born on 18th December 1955 in Kolkata, West Bengal. He is the son of Vittal Mallya, businessman and ex-chairman of United Breweries Group shortly known as UB Group. UB Group is an Indian company with diverse interests in real estate, aviation infrastructure, alcoholic beverages and fertilizers. After his father’s death, he took over the UB Group.
Here presenting you 20 Unknown & Interesting Facts about Vijay Mallya!!

1. Vijay Mallya is also called as “The King of Good Times” & “Liquor Baron”

2. Mallya studied at La Martinière Calcutta, one of the oldest schools in India. He also served as House Captain of the Hastings House in his Final year.

5. After he took over the UB group, it has grown into a multinational firm with over 60 companies.

6. Notable companies like Berger Paints, Mangalore Chemicals and Fertilizers, The Asian Age, Cine Blitz (Bollywood magazine) were acquired by him.

7.  Mallya is a tech enthusiast, Blackberry is his companion at any given time

9. UB Group’s Kingfisher Beer has 50% market share in India and is available in 52 countries.

10. Mallya gifted “Kingfisher” to his son on his 18th Birthday.

11. Mallya is a linguist, he can speak Bengali, Hindi, Kannada, Konkani, Gujarati, English and French fluently.

12. Many don’t know that Mallya is a religious person. He visits Sabarimala pilgrimage every year.

13. He also makes sure that every aircraft Kingfisher airlines buys will first go to Tirupati before using it into service.

14. Vijay Mallya has deep knowledge before buying anything. He doesn’t look for branded items, he buys it if he likes it.

15. Vijay Mallya has a habit of celebrating his Birthday lavishly with his entire family.

17. Vijay Mallya is a member of Rajya Sabha, the upper house of Parliament.

19. Mallya received an Honorary Degree of Doctorate of Philosophy in Business Administration

20. Last but not the least! He ran away from the country with over 9000crores debt!