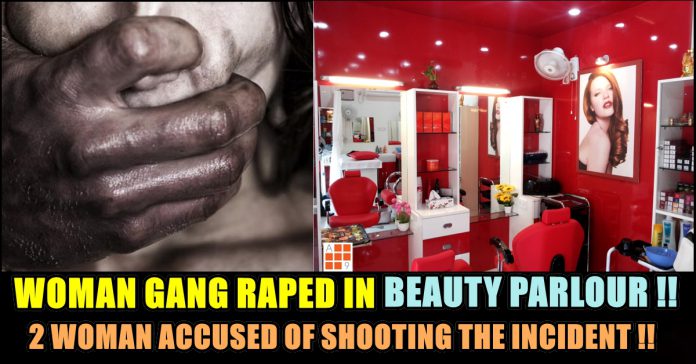 Three persons have been arrested for their alleged involvement in repeatedly raping a woman inside a parlour in the city’s Tiljala area, police said on Saturday. Based on the complaint lodged by the victim, police on Friday arrested the three, a Kolkata Police officer said. A medical test was conducted on the victim which confirmed rape, he added. In an appalling case reported from Kolkata, a woman was gang-raped by three men on the pretext of giving her a job at the beauty parlour. The police have arrested three accused, including a woman in connection with the case on Saturday.

According to news agency IANS, the complaint was lodged at the Tiljala police station. An officer from the police station said that the 22-year-old woman filed a complaint against three men and two women in the incident that took place near Park Street. The survivor has accused the three men of raping her and the two women for shooting the incident.

“The incident was filmed by two other men present there. They then allegedly took turns to rape the woman”, the police officer said.

The trio threatened the woman of circulating the video and continued raping her, he added.

The police officials mentioned that the trio threatened the woman of circulating the video on social media platforms and continued raping her. The police also added that that three persons have been arrested and they further added that it was too early to say anything definite as the investigation in the case is underway.