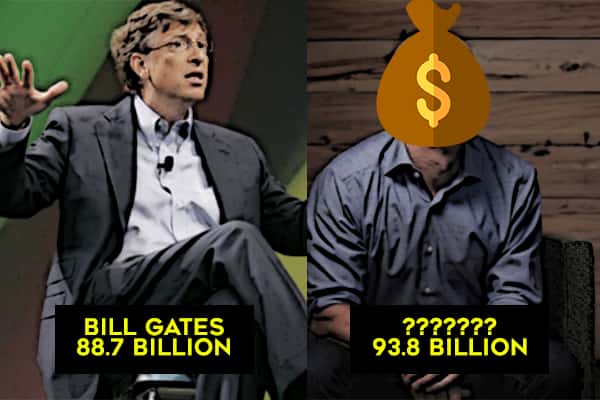 Jeff Bezos, The founder and chief executive officer of the retail juggernaut, Amazon, added $US10.4 billion ($13.1 billion) to his net worth as Amazon shares jumped 13 per cent, the most in 2 1/2 years. His wealth briefly eclipsed that of Gates, the Microsoft co-founder, on an intraday basis on October 27, making him the richest man on Earth. At the close of Wall Street on Friday, Bezos had a net worth of $US93.8 billion, $US5.1 billion ahead of Gates on the Bloomberg index, a daily ranking of the world’s 500 richest people. Gates, 61, had been the world’s richest person since 2013. Sadly, this did not last for long, as  Amazon’s stock tumbled after rallying this morning, finishing the day at $1,046, meaning his shares are only worth a paltry $84 billion. After tallying up all their other assets, this pushed Gates back into the lead, still at close to $90 billion, according to the BBC., pushing Bezos down.

But given the domination Amazon seems to be set upon, from its moves into produce and fashion, it’s probably safe to say that Gates’ position at the top will likely be under threat from Bezos for a while to come.