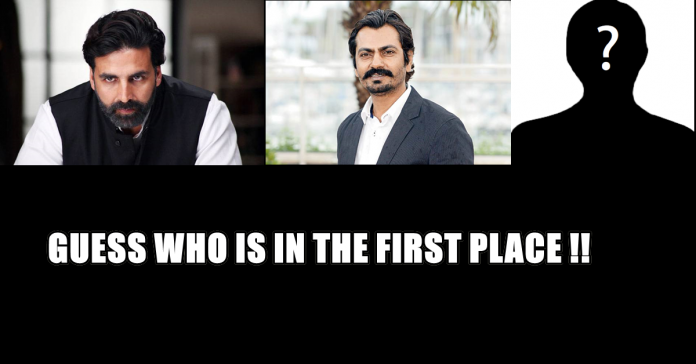 Bollywood spells magic, isn’t it? But this magic spell does not end itself at the films, but applies to the real life as well. Yes, that’s true. No matter how much we scold our friends for hopelessly hoping a reversal of fortune with one “shot”, there have been hoards of actors who have gone through rags-to-riches and proved their might on the silver screen. Bollywood, in other words, is such a place where caste, creed and class don’t matter. What matters is talent, patience and, of course, bags full of luck. Here are few actors, who have endured it all and made it to the top—

After films like Zubeidaa and Gangs of Wasseypur, this critically acclaimed actor might have created a space of his own in your hearts but he, too, didn’t find the road to success laden with appraisals always. He comes from a small village in Bihar’s Bettiah, West Champaran area. He received his preliminary education there after admitting himself at a Delhi college. Did you know he was rejected, not once or twice, but four times at the National School of Drama?

This “khiladi” of Bollywood has indeed been a khiladi in real life. Before joining films, he worked at a waiter and dishwasher at a restaurant in Bangkok, and later even escalated to the position of a chef and earned remuneration as low as 1500 rupees. After the day work, he would sleep the night on the kitchen floor itself.

Before making it big in the B-town, Boman Irani, the great performer and actor used to work as a waiter and room service boy at the Taj Mahal Palace Hotel in Mumbai. At the same time, he would also make it a point to help his mother at their ancestral Parsi bakery shop.

Nawazuddin Siddiqui may now be referred to as the thinking woman’s sex symbol, but a few years earlier, no one really knew or cared about him. Sidiqqui belonged to a very humble farmer’s household in a village in UP, where he grew up with 8 other siblings. After a lot of struggle, he got admitted at the National School of Drama in New Delhi, which begot him the blink-and-you-miss role in Sarfarosh.

If you’re a film buff, then you must know that Mehmood started off as a child actor. However, this didn’t help much to furnish himself as a leading actor (by this, we genuinely don’t mean a “hero”) later on. Before joining the erstwhile Bombay Film Industry, Mehmood worked as a poultry seller, driver among hoards of other odd jobs. In fact, he even used to teach Meenakumari to play table tennis! Indeed a multi-talented personality, eh?

He, Badruddin Jamaluddin Kazi, may be regarded as a legendary actor now, but for him, too, the road to success wasn’t easy. In fact, it was something magical, if we may say so. He was a bus conductor, before joining the film industry, and was spotted, while showing off comic antics to the passengers, by none other than the great Balraj Sahni. The latter then took him to yet another legend, Guru Dutt, and the rest is all history! Guru Dutt was floored when, during the screenplay, Johny Walker acted as a drunk.

He may be the thalaiva of the Indian Film Industry as a whole, but, for him too, the road wasn’t anything less than a rough and rugged terrain. In fact, before joining films, he used to be a coolie and then a bus conductor to earn his living. This was yet followed by myriad small roles in Kannada moral plays. However, before he could grasp anything, he was a part of his debut film, Apoorva Raagangal which bagged him the prestigious National Award. Indeed a magical rags to riches story that inspires hoards of newer raw talents around India!