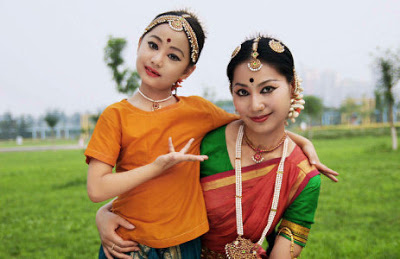 Indians have misguided stereotypes about south Indians, some are hilarious while others are ridiculous and they need to be clarified!

Let me begin by giving you some enlightening information; there are four different states in the south of India and none of them are called Madras. Yes, your whole life has been a lie. That’s four different states with vastly different cultures and languages. And again, none of it is andu gundu thanda pani.  So next time instead of using google maps to look at your own house, you might want to take the efforts to take a more educated look at your own country.

Why south Indians are the target of such heavy stereotyping remains a Bollywood mystery. And of course we have movies like Chennai Express and 2 States to help that along. For decades we have been having our own ideas of what south Indians are like. Here are some of the best known ones!

1. South Indians survive only on Idli/Dosa.

Yes. Exactly like Punjabis survive only on Butter Chicken and Gujaratis on Dhokla. Idli and Dosa are primarily breakfast dishes and cannot be eaten all day long but we take no time in assuming it to be their staple diet. It’s rice, btw.

2. All South Indians are dark

Just because they’re Rajnikant’s devotees doesn’t mean they all have to look like him. And all south Indians are Rajnikant fans of course. He’s the only hero they have just like they are only dark skinned.

3. All South Indians are Madrasi

Because Madras is some place in the south that is no longer known by that name. Naturally, all inhabitants from down there will be called Madrasi.

All south Indians have been told “Arre tu madrasi hai na scholar” at least once in their lives. Hence it is assumed they all become either doctors or engineers. Maybe that is why Bangalore has more engineers than street dogs?

Every South Indian has to speak like Johnny Lever in Khiladi. And they say ‘da’ after every phrase.  You’re not South Indian if you don’t have a heavy accent or make Rajni dialogue references every now and then.

6. All South Indians have long names

Some names sound like a compilation of the names of 6 cities and 3 grandfathers. While others sound like they were decided in a hurry. So having a South Indian friend obviously means calling him Idli-vada because really, who wants to take the effort to call your friend by their proper name.

7. All South Indians are rude/uncouth
They might seem to be a little too in-your-face but being nice is really a two way street. You will never leave a south Indian house with an empty stomach or hand. South Indian hospitality is among the best and will warm your heart.

Maybe it’s time to think of South Indians as something beyond lungi-clad idli eating engineers. Till then, I must go to borrow notes for my exam from the idli-vada next door! I bet they must be playing Lungi Dance right now!