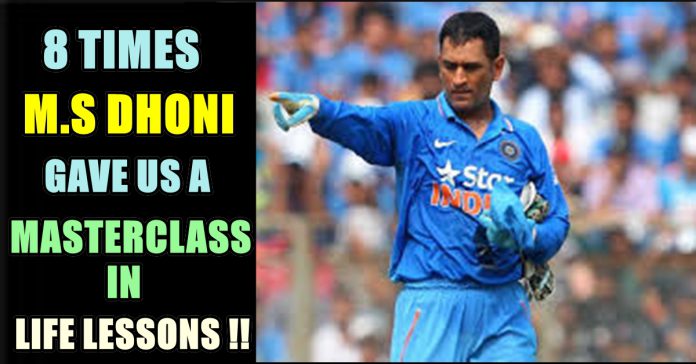 If only life came with a guideline of what to do and what not to, it would have been so much easier! While we can only hope to find our way through this journey called life, there are some over-achievers that are mastering the art of living this journey. We are talking about our favorite Team India Captain cool Mahendra Singh Dhoni. Not only has Dhoni lived life like a true hero but has time and again given us major #LifeGoals. Right from being the calmest captain on the cricket field, to owning up to his failures and bouncing back with something better every single time, he has proven that it doesn’t take much to live life on your own terms even when things don’t go as planned. Taking inspiration from this master, we’ve listed down 8 Dhoni Moments that will give you the perfect master class in life lessons.

1. When he proved that Bollywood endings are possible in real life 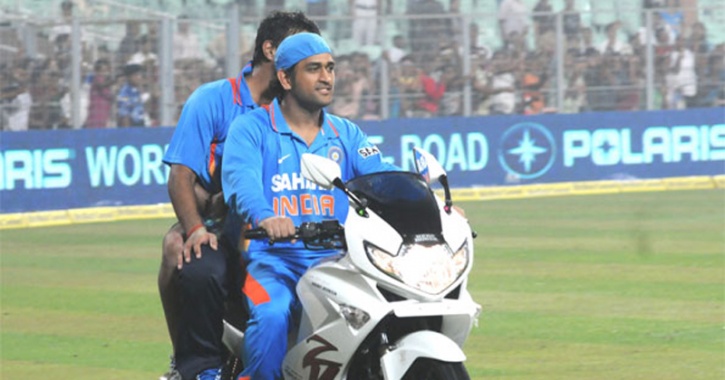 Dhoni is the real life underdog we all fell in love with. A Travelling Ticket Examiner by profession at the Kharagpur railway station in the early 2000s, he never gave up on his dream to play for the Indian Cricket Team. Right after his 10th standard exams, Dhoni put his heart and soul into cricket, qualifying for different U-19 matches before he was finally discovered by the BCCI in 2003.

#LifeLesson: Never give up on your dreams.

2. When he decided to be cooler than ice 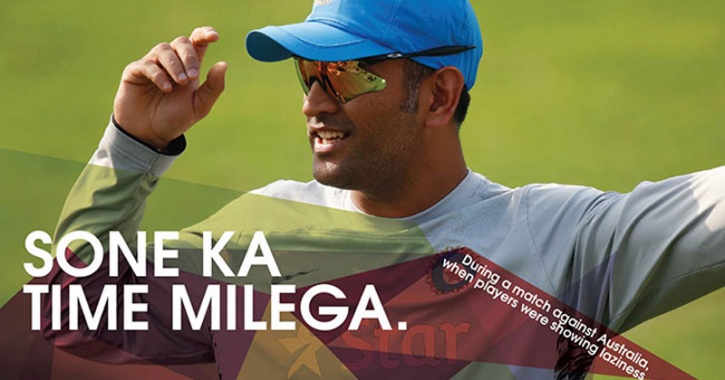 Being the cricket captain of a nation that eats, drinks and sleeps cricket can be an intimidating job that can even crack a the calmest person under pressure. Dhoni, however, is made of something completely different. This captain cool shot to fame not only because of his great game (remember the helicopter shot?), but also because of the way he handles the pressure of being the Captain of the Indian Cricket Team.#LifeLesson: Nothing good comes out of anger.

3. When he didn’t let failure pull him down 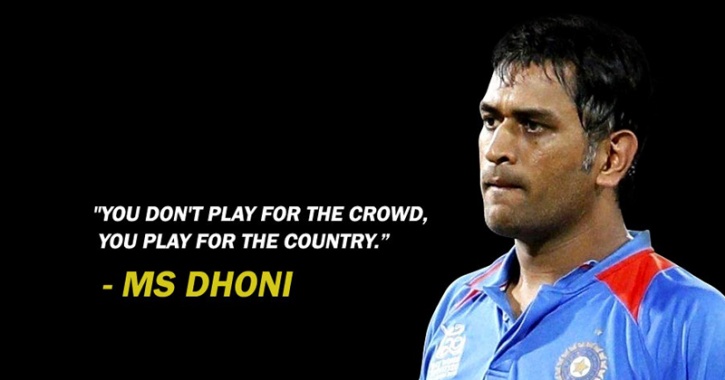 After a series of setbacks on the cricket field, the tables soon turned against Dhoni who had to face criticism at the home front for the team’s series of defeats. People questioned his captaincy and his style but that never set him back. Captain cool simply had this to say- “I have three dogs at home. Even after losing a series or winning a series, they treat me the same way.”#LifeLesson: Surround yourself with people who won’t pull you down at your lowest.

4. When he encouraged new talent 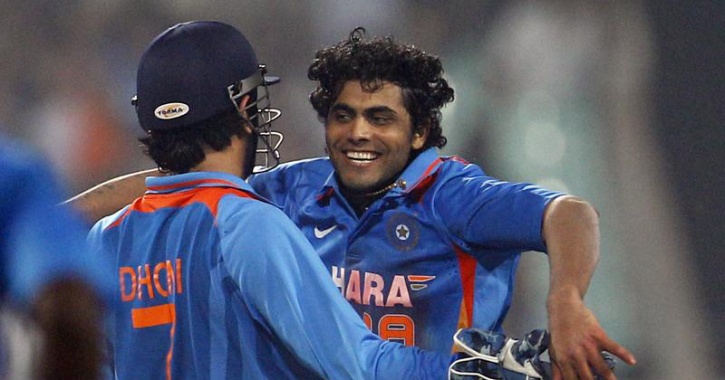 Being at the top of the success ladder, Dhoni pulled up new talents that he felt deserved their chance to shine. Right from Joginder Sharma, Ajinkya Rahane to Ravindra Jadeja, he picked the best from the young talent pool.

5. When he decided to steer away from controversies

#LifeLesson: Live life with dignity that is all that matters in the end.

6. When he knew to draw a line between his public and personal life 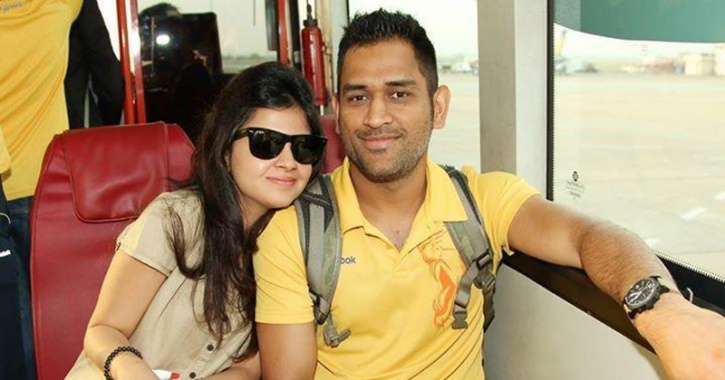 Dhoni is always open to answering questions about his personal life, but to an extent. The moment you cross the line he is quick to remind you that he too has the prerogative not to answer.

7. When he decided to go for credibility or captaincy 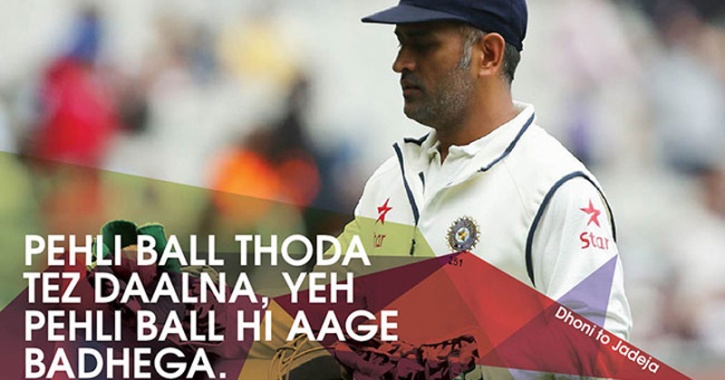 Shouldering the responsibility of a team performance on the cricket field can make you lose your sleep over the next move you need to make. For Dhoni, it wasn’t the case. He decided to take his time to understand the highs and lows of each player. He slowly built his credibility before making some drastic changes in the playing order of his team.
#LifeLesson: Credibility is what counts.

8. When he proved that his journey would have been incomplete without every relationship that made him stronger

There is no doubt that it was Dhoni’s talent that made him the successful cricketer he is today. Along with his exceptional skills on-field, his trusted relationships have played an important role in his success. In this video, Dhoni speaks about the importance of long standing partnerships. Whether it’s your coach, your family, or your friends, long trusted relationships are the ones that we can rely on. Lamba saath, bharose ki baat.