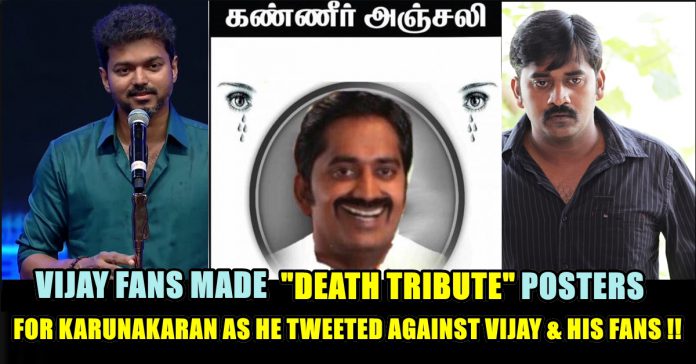 There’s no denying the fact that Vijay is one of the most talented and charismatic stars in the Tamil film industry today. Fondly called ‘Thalapathy’, the actor enjoys a strong fan following thanks to his good looks, dashing personality, humble nature, impressive versatility as a performer and positive attitude towards life. During his career, he has starred in quite a few big blockbusters and this has established him as a force to be reckoned with. Now, Vijay and his fans are in the news for a shocking reason. 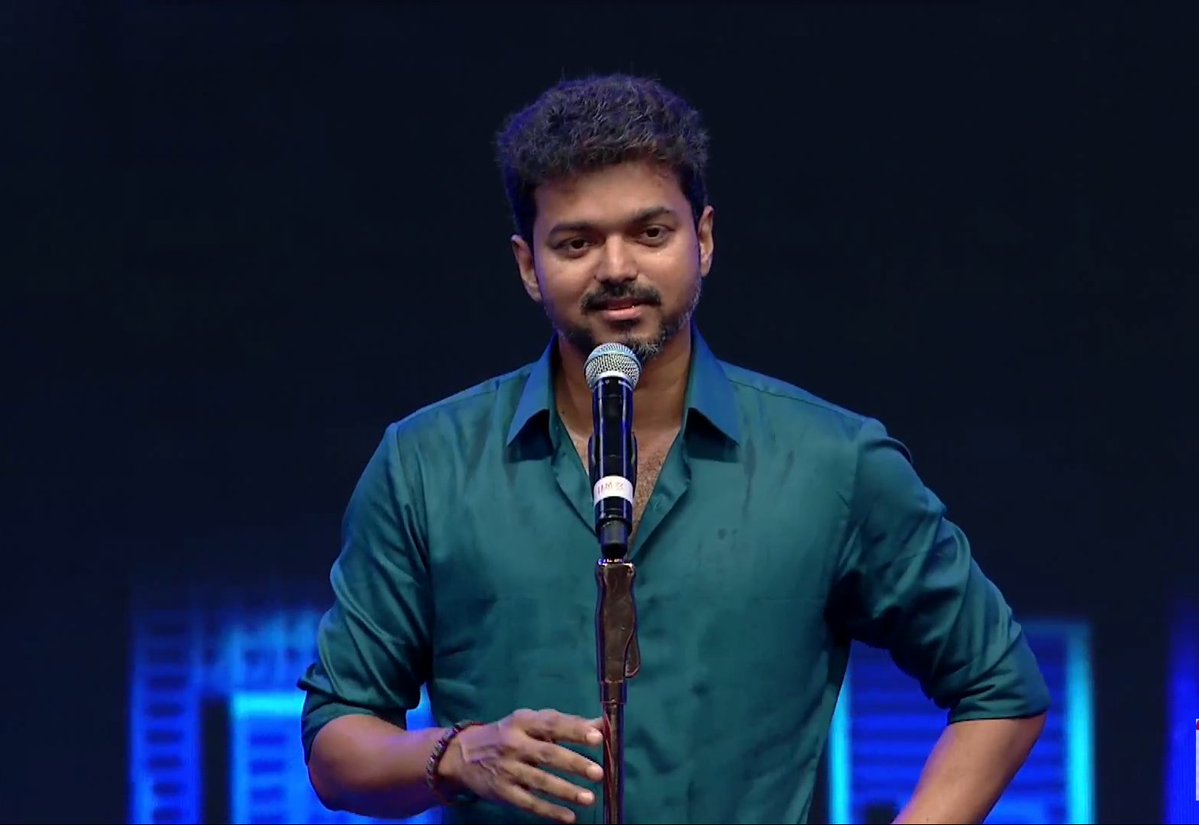 In an unexpected development, actor Karunakaran has filed a police complaint against the Thalapathy Army for threatening him on the social media.

Karunakaran’s troubles with Thalapathy fans began shortly after the Sarkar audio launch. During the event, Vijay had quoted a few proverbs about how one should just let things pass and not get provoked by anyone’s actions. 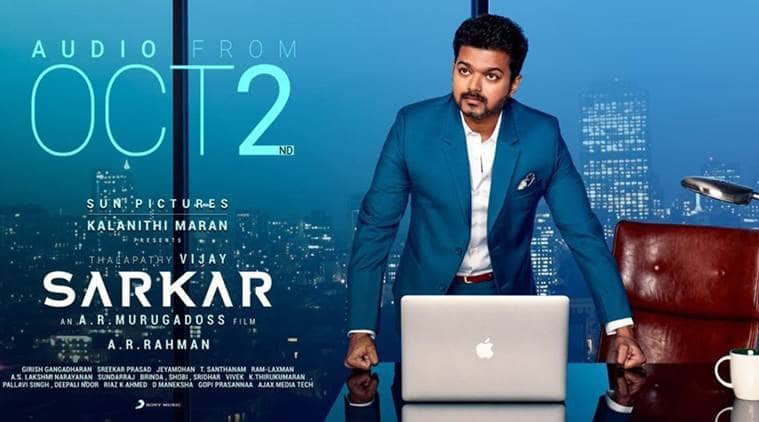 Reacting to this, Karunakaran tweeted to Vijay and asked him whether his words applied to his fans as well or not. Following this, he was trolled by countless self-proclaimed Vijay fans. Some of them called him a Telugu actor settled in Kollywood, others said that he was a Rajinikanth/Ajith fan and hence felt jealous of Vijay. Following this, Karunakaran not only filed a complaint but also asked the fans to do something constructive and hence help the society grow. This is a developing situation and it’ll be worth watching on what happens next. The first tweet of Karunakaran is against Vijay’s Sarkar audio launch tweets :

Following this tweet the actor posted a series of tweets against the actor and his fans :

Hii I will not enter politics to safeguard me will enter when people need some one like me to safeguard them https://t.co/PRTvdUjMWi

Friends Good night …. the fear that is being created in this society is unwanted for this society realise it work for it don’t defend in cheap ways use word power not by threat calls grow up work for the state nation not for individuals but for the society ☝️ 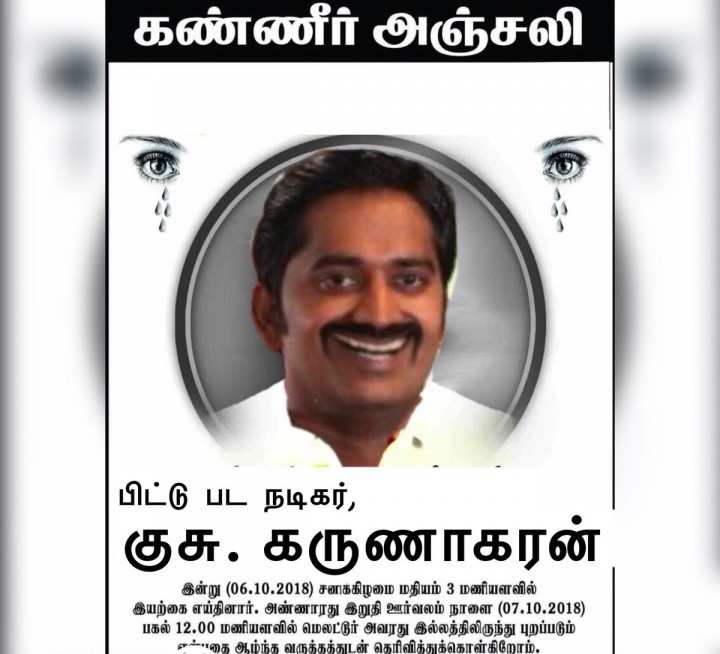 What do you think on this isse ?? Comment below !!