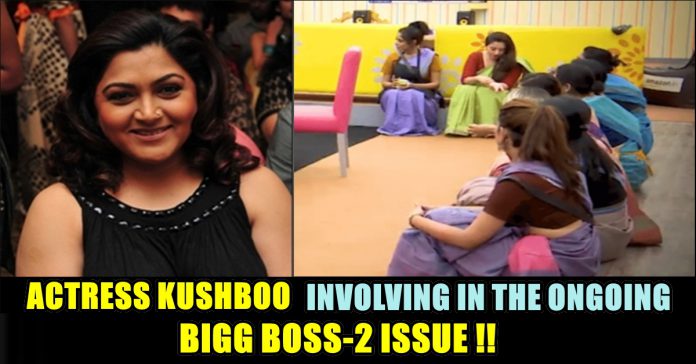 The Film Employees Federation of South India is upset with the producers of Kamal Haasan’s Bigg Boss 2 as they are using nearly 75% Mumbai crew members and only 25% of the workers are from FEFSI. As the show is being produced by Endemol Shine India who introduced many shows in Hindi, they have roped in crew members from Mumbai. Even for the first season of Bigg Boss (Tamil), FEFSI raised this issue and after Kamal Haasan’s intervention, 50% of local workers were hired by the show producers. FEFSI said that they will not allow the shoot of Bigg Boss 2 to happen in Chennai until the show producers agree to the existing terms and allow 50% of their workers. FEFSI’s President RK Selvamani and key members of the association will be soon meeting Kamal Haasan regarding the ongoing issue against Bigg Boss 2. FEFSI (Film Employees Federation of South India) had expressed its big time displeasure with the production unit of Bigg Boss (Tamil) as they haven’t used 50% of FEFSI workers. RK Selvamani, President of FEFSI had said that if the producers of Bigg Boss continue to show disparity, FEFSI workers will boycott the show and stage a protest against them. Khushbu, President of Tamil Small Screen Producers Council intervened in the amicable talks and now, all issues have been sorted out. Henceforth, 50% of FEFSI workers will be involved in the shoot of Bigg Boss. When media asked whether Kamal Haasan intervened in the issue, spokesperson of FEFSI said that they have solved the indifferences with the help of Khushbu so there was no need. FEFSI members are happy with this decision of Bigg Boss show producers as nearly 200 workers will be benefitted for 100 days.