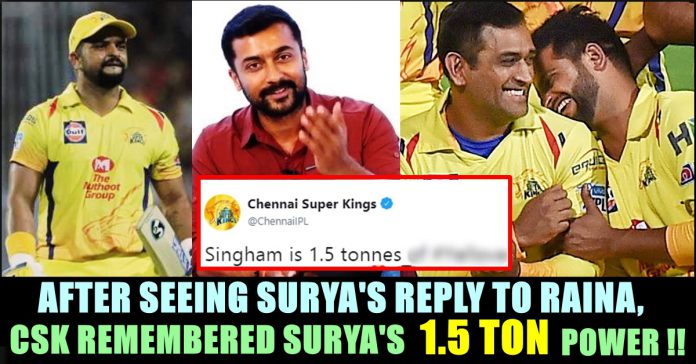 Team Chennai Super Kings is very well known for the bond they are having with their fans. In this special occasion, the franchise once again proved that they are connecting not only with the fans but also with the Cinema celebrities of Tamilnadu. It is proved when vice captain of Chennai Super Kings asked a question to Actor Surya while he is conducting a chat session with his fans. 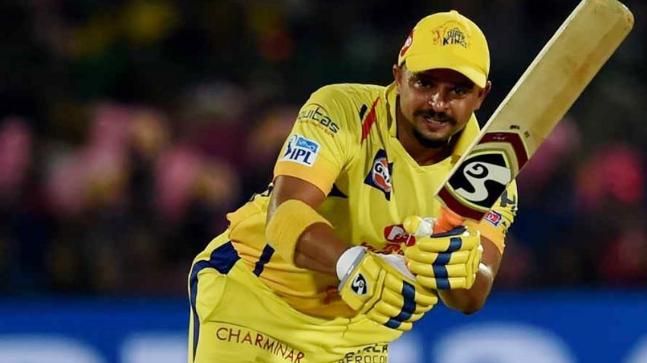 Tamil actor Suriya Sivakumar, who is gearing up for his upcoming film NGK, started live streaming on social media platform Twitter to interact with his fans and Indian cricketer Suresh Raina made a special appearance on the video. Suriya asked his fans to ask him anything and Raina replied in the post with an interesting question. 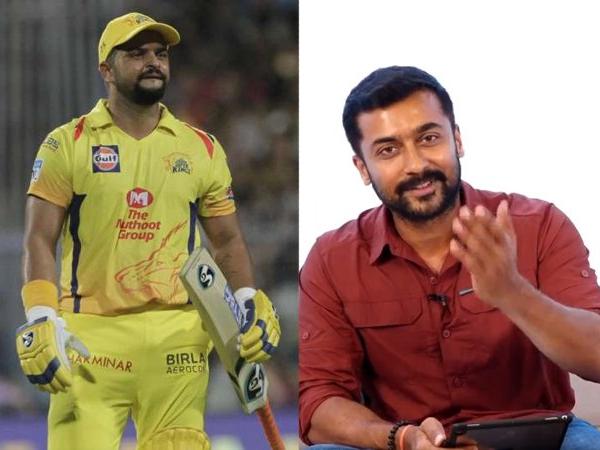 Raina asked Surya which player from CSK he likes the most. In in his tweet he wrote “Which player is from chennai super kings is yours favourite and why ?? 😋”

Which player is from chennai super kings is yours favourite and why ?? 😋

For this, Suriya instantly thanked Raina for taking his precious time to ask a question. Suriya further added that his most favourite player in Chennai Team in none other than Dhoni. Check out his reply here :

After giving this reply in the video, Surya also replied to Raina through a tweet after the live chat session. Surya, in his tweet wrote “Obviously it’s you and @msdhoni @ImRaina for the singing skills and @msdhoni for his drawing skill 😜 #CSK fan forever!!”

Obviously it’s you and @msdhoni @ImRaina for the singing skills and @msdhoni for his drawing skill 😜 #CSK fan forever!! https://t.co/jnMv5KwjUR

What came as another surprise is the reply from the Chennai Super Kings official twitter handle. On seeing this tweet from Suriya, CSK’s twitter handle which always gives witty replies wrote “Singham is 1.5 tonnes of #Yellove! #WhistlePodu 😍🦁💛”

Mentioning the reference of his blockbuster movie Singam’s dialogue, CSK showed a warm gesture. Chennai Super Kings had a successful season of IPL where they finished it as runners. Raina also wished actor Suriya on his 48th birthday in the micro blogging social media site.

Wishing you a very happy birthday @Suriya_offl 🎂! Here is to a fantastic journey with many more entertaining and successful years ahead! #HappyBirthdaySuriya

Both the personalities are very close to the people of Chennai. While the actor is all geared up for NGK’s release on May 31, Raina played yet another final for the Super Kings, who lost to the Mumbai Indians by just 1 run.

What do you think on this gesture of Suresh Raina and Suriya ?? Comment your views below !!