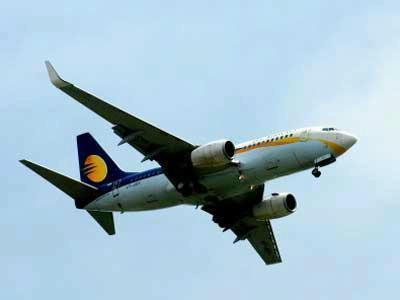 Chennai: A consumer forum here fined Jet Airways `55,000 for not allowing a passenger -a former judge -to board a flight despite having a confirmed ticket.
The airline’s argument that it was following rules and operating in a competitive environment failed to cut ice with the forum which found the company guilty of unfair trade practices.
Former principal district judge of Coimbatore N Authinathan said he was to attend an event organised by the national judicial academy in Bhopal from April 21, 2012 to April 23, 2012. He contacted a travel agent in the city, who got a confirmed connecting flight ticket from Chennai via Mumbai to Bhopal. After reaching Mumbai, Jet issued Authinathan a boarding pass with no seat number. On completion of security check, he was not allowed to board the flight as there was no seat on board. The airline staff was abusive, he said. A diabetic, Authinathan stayed the night in the airport lounge in “great agony and pain.” He moved the district consumer disputes redressal forum north Chennai seeking compensation. Jet Airways said when Authinathan reached the counter to board the flight, it was full.Overbooking of flights was a globally accepted practice to curb the possibility of flights departing with unoccupied seats because of last-minute cancellations. The Civil Aviation Requirement of the Directorate General of Civil Aviation had upheld the process of overbooking, it argued.

Authinathan was offered a compensation of `3,000, which he refused. Jet provided him lounge access -which only premier passengers get -with complimentary snacks and beverages, access to internet, television, newspapers and magazines. He boarded the next available flight. There was no service deficiency , it said. A bench of president K Jayabalan and member T Kalaiyarasi said Authinathan reached the airport more than an hour and a half prior to departure and was escorted to the boarding point. Though DGCA had approved the process of overbooking, the process could be exercised only against cancellation of tickets and not against passengers who had arrived on time with confirmed tickets.
Finding the airline guilty of negligence in services, the forum directed it to pay a fine of `50,000 for causing mental agony and `5,000 as case cost.