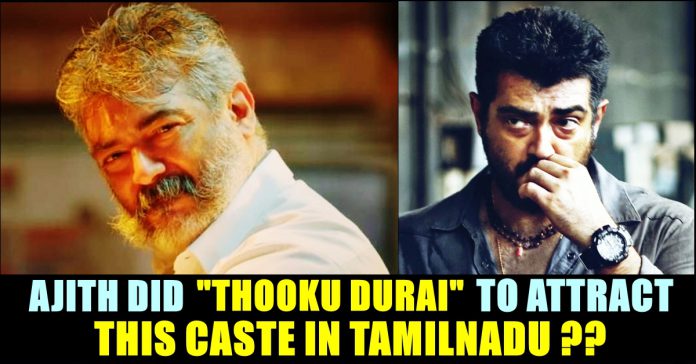 “Thalapathy” Vijay and “Thala” Ajith are two of the most talented actors in the cinema industry of Tamilnadu. The rivalry between both the actors is less as far as the rivalry between their fans is considered. Its been a long time since actor Ajithkumar and Vijay declared as official rivals. Only on few occasions, movies of both these actors has released together but on that day the opening of both the movies would be a deadly one.

Fans of both these actors are always interested in showing their favourite star’s power by publishing videos. Now a recent video from a youtube channel has claimed that Ajithkumar has paid money to social media influencers to talk ina positive way about him. The “Viswasam” actor is believed to be a person who avoids publicity and he refuses to attend the promotional function of his own movies. But the video claims that the personal manager of the actor paid money to the popular twitter influencers in order to post good things about him and bad things about his rival actor Vijay.

The video claims that the actor who is highly praised for entering Cinema industry without influence entered Tamil film industry with the help of popular singer S.P. Balasubramanyam. The speaker in the video claims that SPB is one of the producer in the debut film of Ajithkumar in Telugu. Ajith got the contact of SPB through his son SPB Charan with whom he studied in a tutorial college. The video even portrayed Ajithkumar as an actor who is fond of the “Superstar” title.

Further the video claims that the actor had a strong relationship with actress Heera and he got many opportunities in film industry through her. To our shock, the video further accused the actor for being an identity for a caste in Tamilnadu. It said that the fans of the actor in the rural parts of Tamilnadu likes him only because of his caste. The speaker even added that Ajith did the role of “Thookudurai” in Viswasam by knowing the caste support. This video created massive outrage in social media platforms as fans of both the actors are being involved in severe verbal spat with each other.

Ajith was last seen in H.Vinoth’s Nerkonda Parvai as lawyer and is expected to be seen in “Valimai” bankrolled by Boney Kapoor. Being one of the bankable actors of Kollywood, the 48 year old actor has acted in 59 movies so far. What do you think on this video published ?? Comment your views below !!