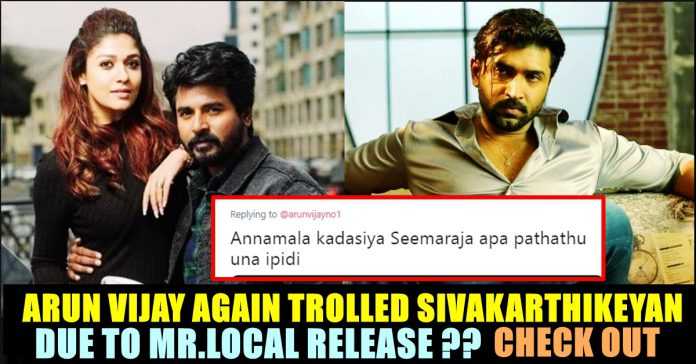 Mr. Local which was released a couple of days ago is a Tamil language romantic action comedy film written and directed by M. Rajesh. The film stars Sivakarthikeyan and Nayanthara in the lead roles, marking their second collaboration after Velaikkaran. 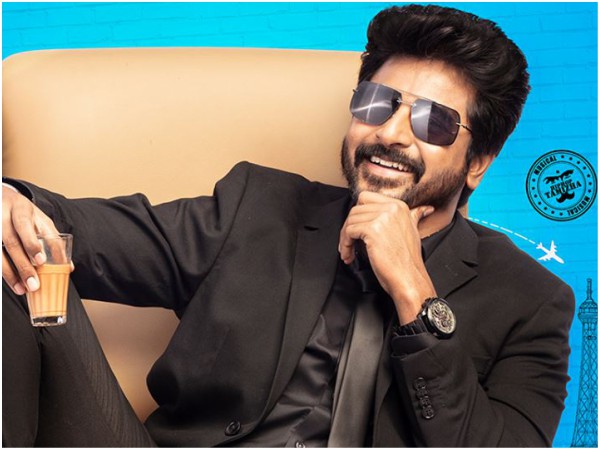 Sivakarthikeyan told fans that Mr. Local is an all-out entertainment and there is no special message that they are planning to give fans through the film. He also added that there is no real villain in the movie. He said, “Simple and jolly film with no message just a clean fun filled summer, colourful entertainer. Casting is crucial with a battery of comedians. Enjoy.”  The trailer of the film had already created quite the stir on social media. 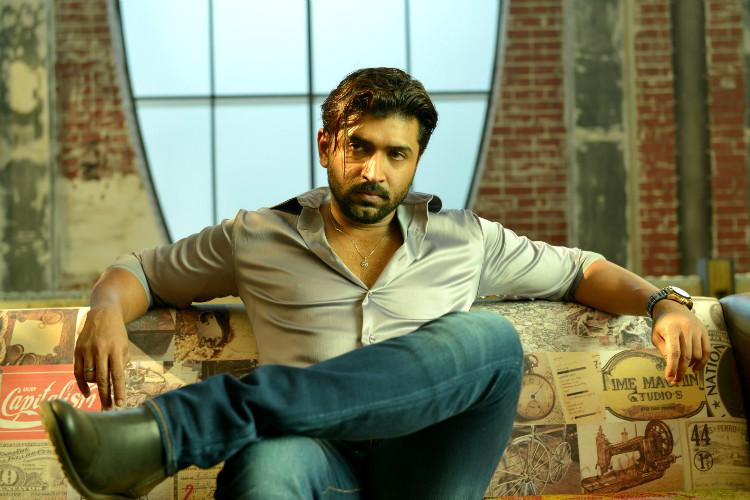 As movie is receiving severe bashing in social media for it’s blunt jokes and the plot on stalking woman, Actor Arun Vijay who was earlier caught in controversy due to a post against Sivakarthikeyan has posted a tweet now.

For obvious reasons, Many fans came to a conclusion that Arun is trolling Mr.Local. Check out some of the reactions :

Arun Vijay Who is dedicated actor then Sk.. I support arunvijay 😍

How ever the actor later confirmed that it is not to so anything with anyone. He clarified that his tweet is regarding his upcoming movie. He said “Hi guys..
Its confirmed officially! My next project announcement is going to be out next week..
The previous tweet was regarding this. Please dont misinterpret🙏🏻 I am just focussing only on my work which I really love. Thank you..”

Hi guys..
Its confirmed officially!
My next project announcement is going to be out next week..
The previous tweet was regarding this.
Please dont misinterpret🙏🏻
I am just focussing only on my work which I really love. Thank you..

Arun Vijay who is a Tamil actor for more than 20 long years posted a series of tweets controversial tweets which created waves in twitter months back. He posted those tweets during Sivakarthikeyan’s Seemaraja release. The tweet said, “Now, every Tom, Dick and Harry is turning into a ‘mass’ hero. But the Tamil audience knows the truth.” Later the actor clarified that his account was hacked and he requested fans not to divide the healthy relationship between him and Sivakarthikeyan.

Arun Vijay was last seen in Thadam by Magizh Tirumeni. The movie did well in box office and appreciated well by the critics as well. Let us wish him all the luck for his upcoming projects and also don’t forget to leave a comment below about these tweets of Arun Vijay !!