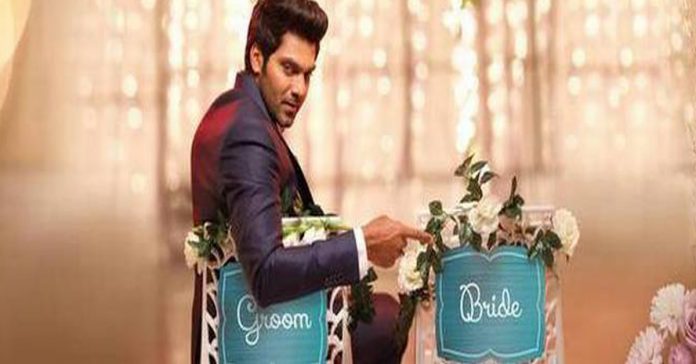 As it is evident that the show named “Enga Veetu Mapillai” has been telecasting in the channel “Colors Tamil” from Monday to Friday 8 : 30 pm, there has been a case filed against the show and it also incites the law to take criminal activity against actress Sangeetha and Actor Arya.

The show is about Actor Arya being as groom and the title winner of the show will be the bride for Arya. Having Arya as center of attraction, Actress Sangeetha hosts the show. “The show structured as Actor Arya selecting one girl among 18 girls. It is said that the girl whom arya is going to select will be marrying him at the end of the show. For this purpose the girls who are participated in the show are asked to dance, ramp walk and also to do various other tasks which are completely destroying the dignity of female society.

The show anchor Sangeetha using the words such as selecting and rejecting by pointing out the participants which are sexual equality violation under Indian constitution. They are exhibiting girls in a wrong way. As females are improving in various kind of fields, they are no where less than males in this modern day. This show seems to be destroy everything. If this show is allowed now, then there will be many shows will come up with cheap contents similar to this.

So the action should be taken against the Channel CEO, Actor Arya and The show anchor Sangeetha.” said the petition which was lodged by Janakiyammal from Madurai.

The petition came to hearing today which was inquired by Judges Sathya Narayanan and Hemalatha. They postponed the inquiry to April 18 demanding explanation from The Central Information department and from the Broadcasting Secretary.