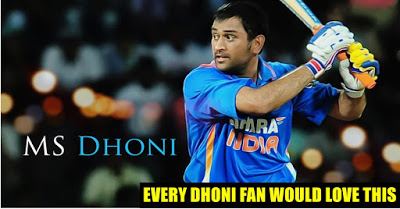 Yes. It is happening. It is really heartbreaking to see the true captain of the Indian cricket team shed his captain clothes and wear his normal uniform once again. Yes, the captain-wicket keeper would now be officially called as a right handed wicket keeping batsman and wouldn’t be called captain again.

There’s not a record as a captain Dhoni has broken. Be it whatever format of the game, he stood up and made sure when he leaves, he leaves the heads turned. In his 10 years tenure Dhoni has earned a huge fan base and haters alike. He would widely be known as the best captain India has produced, far by the best captain the world has produced.

The BCCI should have felt the same and that’s why they’ve released a video which is all about MS.Dhoni. You could watch it below.

Although MSD has retired from the captaincy he would still continue to done the Indian jersey as a right handed wicket keeping batsman. The change is expected to remove some pressure of him and fans are hoping we could get a glimpse of who used to be a stellar batsman once again, more occasionally from now. 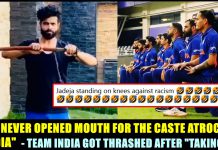 Team India Getting Trolled For Taking A Knee On “Black Lives Matter” Issue !!