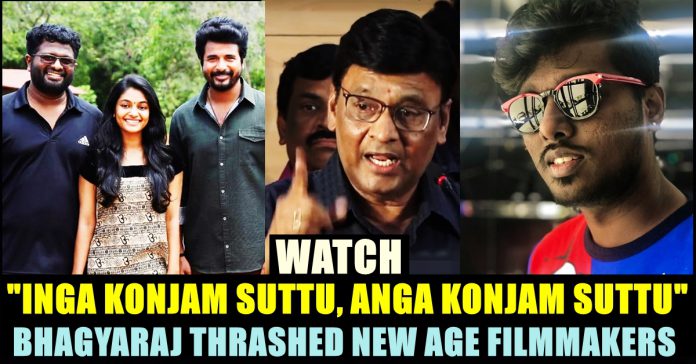 The number of Plagiarism controversies in Tamil cinema has increased in big time. Blockbuster movies being compared with other old movies is common among audience. But nowadays, creators are coming up with accusations by alleging that their stories are stolen by directors.

Later, a credit for assistant director Varun Rajendran was displayed during the beginning of “Sarkar”. After this issue, another Vijay film named as “Bigil” caught into controversy. Aspiring filmmaker K P Selvah claimed that Vijay’s “Bigil” story was copied from him. Selvah in an interview said that he has many mutual friends with Director Atlee through which he believes that the story would have been leaked and copied. He says that he initiated to make this story as a Biography after which he changed his mind for making it into a women based sports film based on “Slum soccer”.

Recently Sivakarthikeyan’s “Hero” movie caught into plagiarism controversy. Bosco Prabhu who is currently working as an assistant director for Atlee, has alleged that his story was stolen by the makers of “Hero” to the writers association. After brief inquiry, Bhagyaraj has declared that the story belongs to Prabhu.

In a way of replying to Bhagyaraj and Bosco, P.S Mithran, in a press meet said that he has no link with Bosco Prabhu to steal the story. “Just because he thought of a story similar to mine, why should I pay money to him ??” asked Mithran in the press meet. (Also Read : P.S Mithran Comes Up With A Strong Reply For Theft Issue !!)

Now, in a book release function, Bhagyaraj made a speech regarding the story theft issues. He said that filmmakers are not accepting their deeds. “Even though I informed them with uttermost respect, they are denying to accept” said Bhagyaraj. “Back then my brother would beat me up if I talk about cinema in house. But nowadays, separate courses like visual communication are there for cinema aspirants. But now also aspiring filmmakers needs a severe beating if they fails to do cinema in a correct way” he added in the press meet.

Followed by this Bhagyaraj said “When you wear the shirt of others. You might get the “fitting” right. But it is old. It won’t get the quality of an original. So I request the future generation not to steal. One can get inspired from others. But stealing here and there won;t get you anywhere. It won’t last as well.”