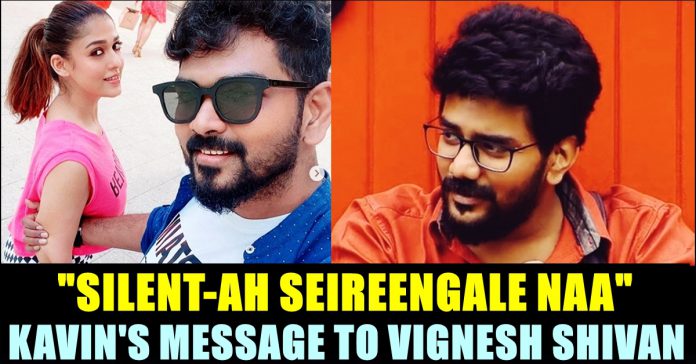 Before releasing the single “Oru Kutti Kadhai” from “Master” movie, music director Anirudh engaged his fans and followers with a “Kutti Surprise” through his official twitter account. The music director announced one of his next project by releasing its motion poster.

The film which is going to be director by “Naanum Rowdythaan” fame Vignesh Shivan is going to have Vijay Sethupathi, Nayanthara and Samantha in the lead roles. Titled as “Kaathu Vaakula Rendu Kaadhal”, Anirudh released the motion poster of the film and the film is going to be produced by Lalit Kumar of Seven screen studios with Vignesh Shivan’s Rowdy Pictures.

Vignesh Shivan who directed Suriya’s “Thaana Serntha Koottam” in 2018 haven’t seen a release in 2019. He was supposed to join hands with Sivakarthikeyan for his 17th film but the project dropped it seems. Talking about this upcoming project, Vignesh said that the script of “Kaathu Vaakula Rendu Kaadhal” is very much close to his heart. “Thanking the universe 😇 for making it happen at the right time 🙂 Joining with these lovely people again #vijaysethupathi #nayanthara” said Vignesh who welcomed Samantha through his Instagram post.

As soon as the announcement surfaced, along with the fans, many celebrities wished the team for the best. Bigg Boss star and Tamil actor Kavin is one of the first to wish the director for his upcoming project. Kavin posted a Instagram story by lauding the director by saying “Silenta Seireengale naaa” by tagging Vignesh shivan and Anirudh.

Check out the screenshot of his story here :

Vignesh Shivan thanked him by replying to his story as well :

Vignesh Shivan is one of the many filmmakers who are very much active on social media. The filmmaker recently turned producer for his girlfriend Nayanthara with Netrikann, which is being directed by Milind Rau of Aval fame. Comment your views on the successful combination of Nayanthara and Vijay Sethupathi reuniting again ?? Comment your views below !!