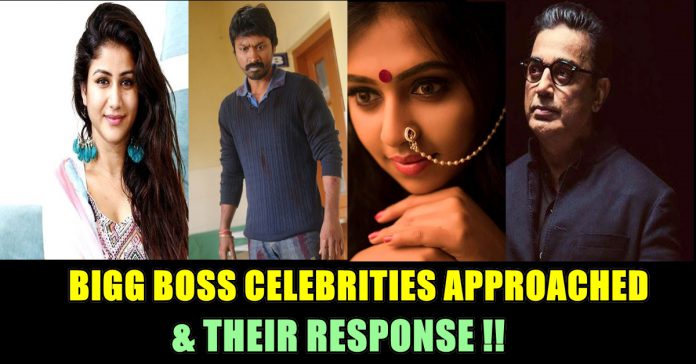 As you must have seen in first season as, Kamal Haasan debuted on television as host and once again he will be seen hosting the show as he was seen the Bigg Boss Tamil Season 2 teaser. There will be 14 celebrities in the show, who will be entering in Bigg Boss Tamil 2 house for 100 days as participants. Here is the following rumored list of contestants who are expected to entertain this season in Bigg Boss house.

According to the news, Bigg Boss Tamil is all set to premier from June 17th 2018 on screens. If the first season of this controversial reality show has entertained you, then be prepared to handle more entertainment and romance, as the makers have approached some talented actors and few famous controversial personalities for the season 2.