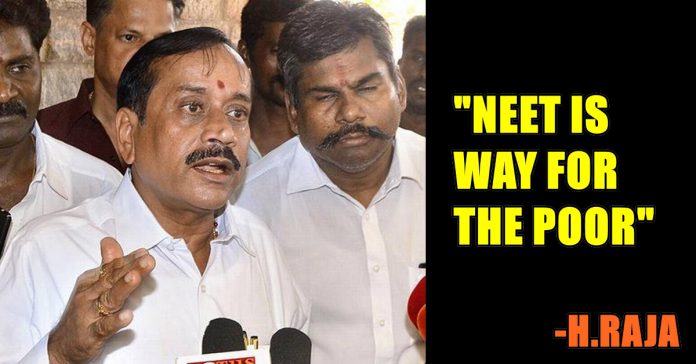 This year, a total of 13,26,725 candidates have registered for the exam. The exam was conducted in 136 cities at 2255 centres. A total of 5,80,648 male candidates, 7,46,076 female candidates and one transgender candidate are supposed to appear in the examination.

So many students have faced the struggle of reaching the examination centre as it was held in other states. Some of the students prohibited from entering the exam hall as they have appeared 5 minutes later. The Supreme Court’s eleventh-hour stay on the Madras High Court’s directive to CBSE to set up additional NEET centres within Tamil Nadu sparked massive outrage within the state.

The stay follows CBSE’s move challenging the Madras High Court’s order on April 27 ordering setting up of centres for the Tamil Nadu students who were allocated centres far away from home in Kerala, Karnataka and Rajasthan.

CBSE’s move against the HC order came just a few days before NEET was slated to take place on the May 6. Following this the Supreme Court stayed the High Court order, leaving the students in a fix.

Meanwhile H.Raja has made a statement regarding NEET examination lately. BJP national secretary H Raja has said that people who oppose NEET medical test are partners of educational robbery. NEET is the way for the poor and downtrodden in Tamil Nadu to get into medical courses, he claimed. The BJP leader also stated that the test has stopped medical institutions from charging exorbitant fees. However, Tamil Nadu is up-in-arms against the Supreme Court’s stay. Reacting to the stay, several prominent figures within Tamil Nadu have taken to social media in protest.

Actor turned politician Kamal Haasan tweeted,”In this digital age, it is injustice to make Tamil students run to Kerala, Rajasthan for writing NEET. They can write from here, right? The government and administration should make arrangements for this.”

Director Pa Ranjith accused the state government of being the Central Government’s shadow for not being able to address the plight of NEET students who have to travel out of TN for the exams. Despite the furore, NEET authorities have confirmed that no reallocation of centres would be done now as the exam is slated to be held within two days.