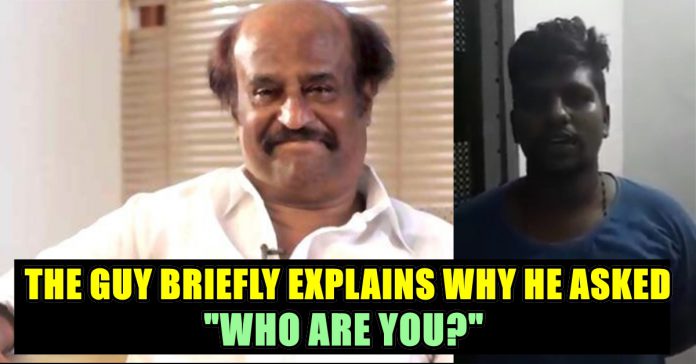 Rajinikanth has reached Tuticorin to visit those injured in the police firing that claimed 13 lives. “I am going to the hospital in Thoothukudi to visit the injured. It is just a goodwill gesture,” ANI quoted the superstar, who intends to launch a political party and fight elections as saying. The Tamil Nadu government has drawn strong criticism from the Opposition after police fired on hundreds of protesters who marched to the Tuticorin collectorate on May 22 demanding the closure of the Sterlite Copper plant over pollution fears.

The incident led to the shut down of the Vedanta group plant permanently on government orders. Stalin said the government was staging a drama on the issue and called the judicial probe into the police firing an eyewash. He said the government’s decision to shut down the factory was also an eyewash as the order in this regard, issued on Monday, did not follow due legal procedures that will stand before the court. Meanwhile a video went round in social media where the victim of the shootout in Thoothukudi asking Rajinikanth “Who are you?” to which Rajinkanth responds as “I’m Rajinkanth”. Then the guy says something which is not clear as the surrounding is noisier. But it is allegedly said that the boy asked Rajinikanth “Where were you all these days? I know who you are.. I’m not asked who you are without knowing you.” Then Rajinikanth leaves without saying anything. watch the video below and comment what you hear :

Now the guy who asked Rajinikanth gave a brief explanation in a video format where he says that he is not meant what the media is projecting. He also says that he only asked out of his rights on Rajinkanth as a Tamilnadu Superstar. Here’s the video :