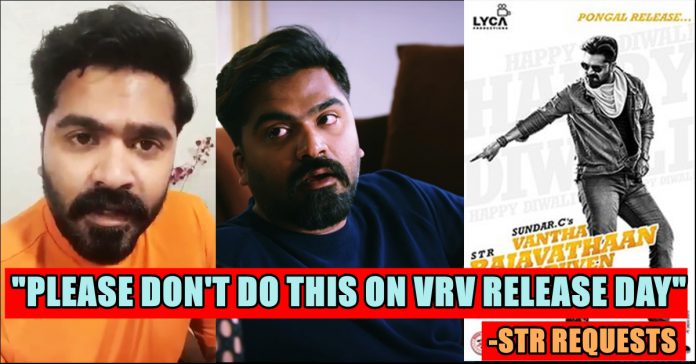 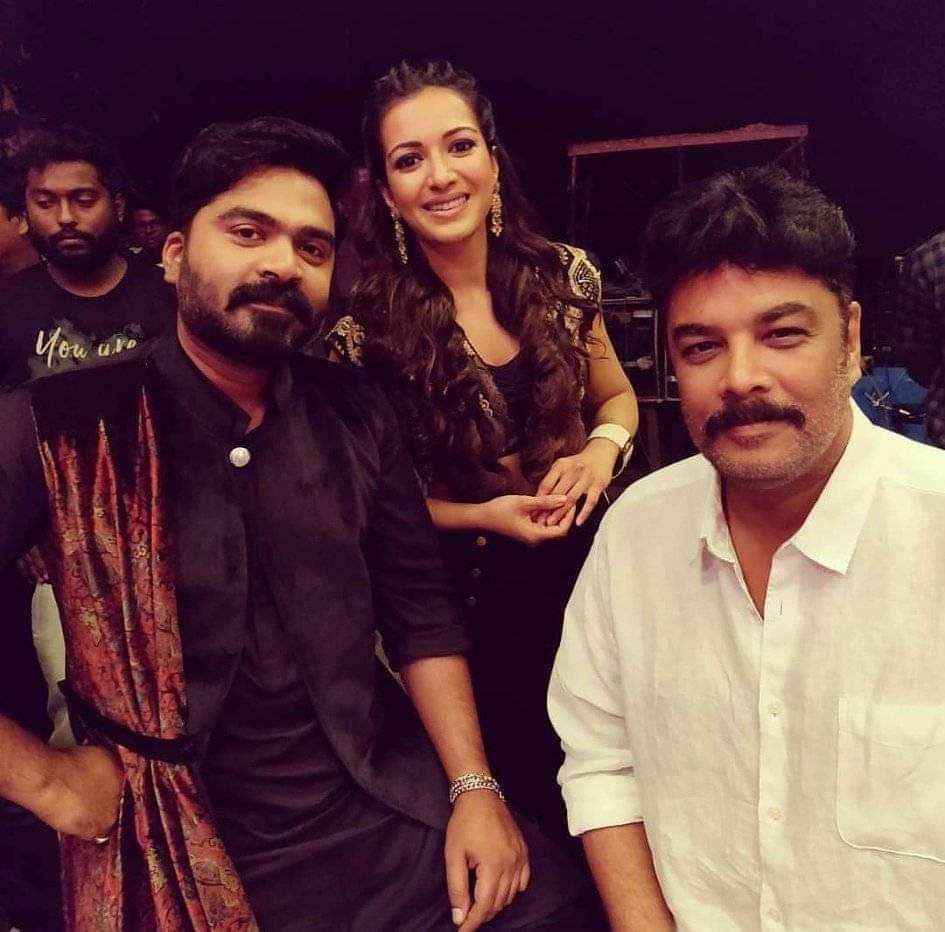 Vantha Rajavathaan Varuven was initially planned as a Pongal release but got pushed due to two big films in Petta and Viswasam hitting the screens at the same time. With the date being confirmed, STR is slotting out the schedule for his upcoming two films – Maanadu with Venkat Prabhu and the much-awaited biggie with Gautham Menon and AR Rahman.

The film is now ready for a worldwide release on the 1st of February, giving the star’s fans a good reason to celebrate on his birthday which falls on the 3rd. 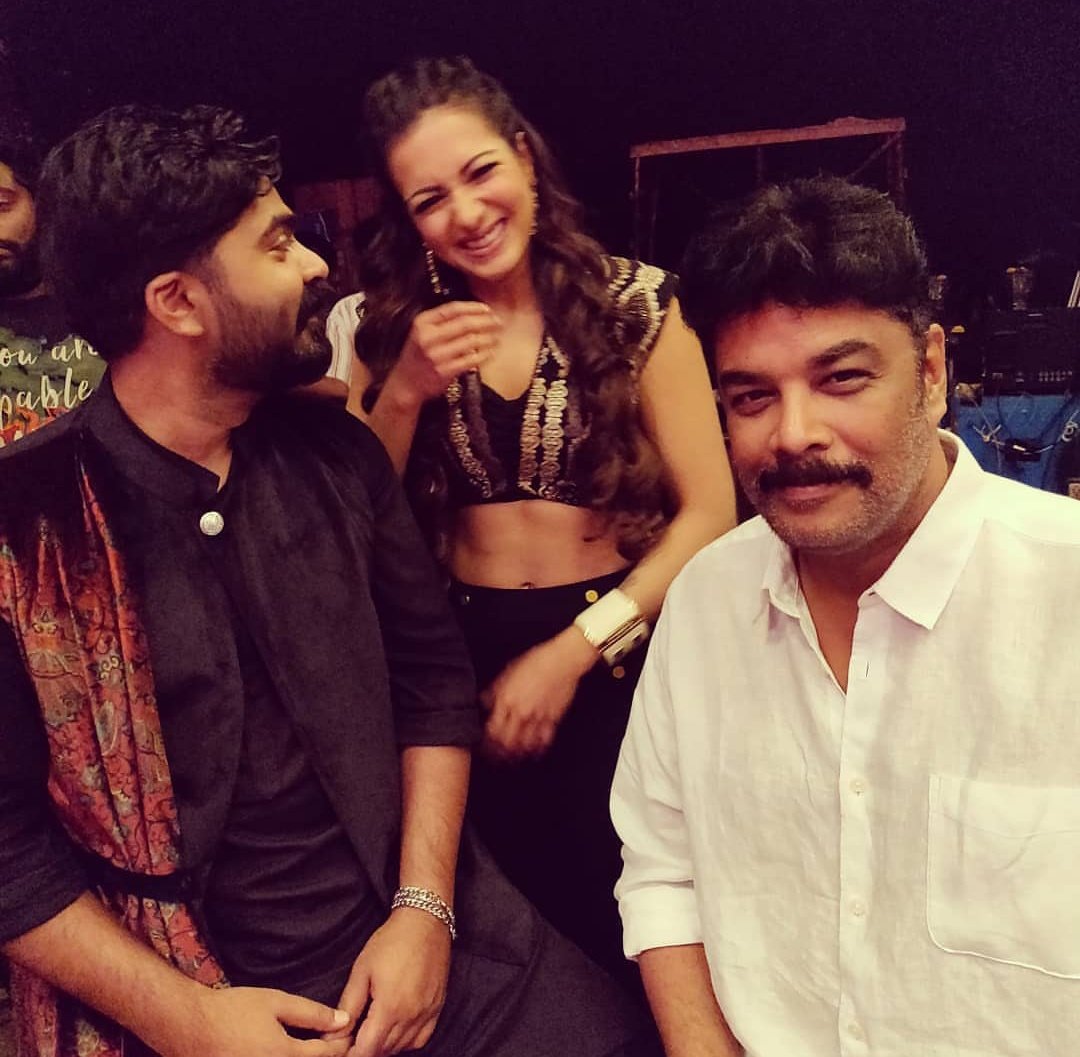 Lyca Productions, the makers of the film, confirmed the same through an official tweet on Monday evening, along with a special Pongal poster that showcased the entire cast. Plans are on for the grand audio launch of the film, which is expected to take place in a week’s time.

Now Mahat Raghavendra one of the best friend of Silambarasan and also co-artist in Vantha Rajava Thaan Varuven has released a video of Simbu. In the video to our surprise Simbu requests something to his fans. 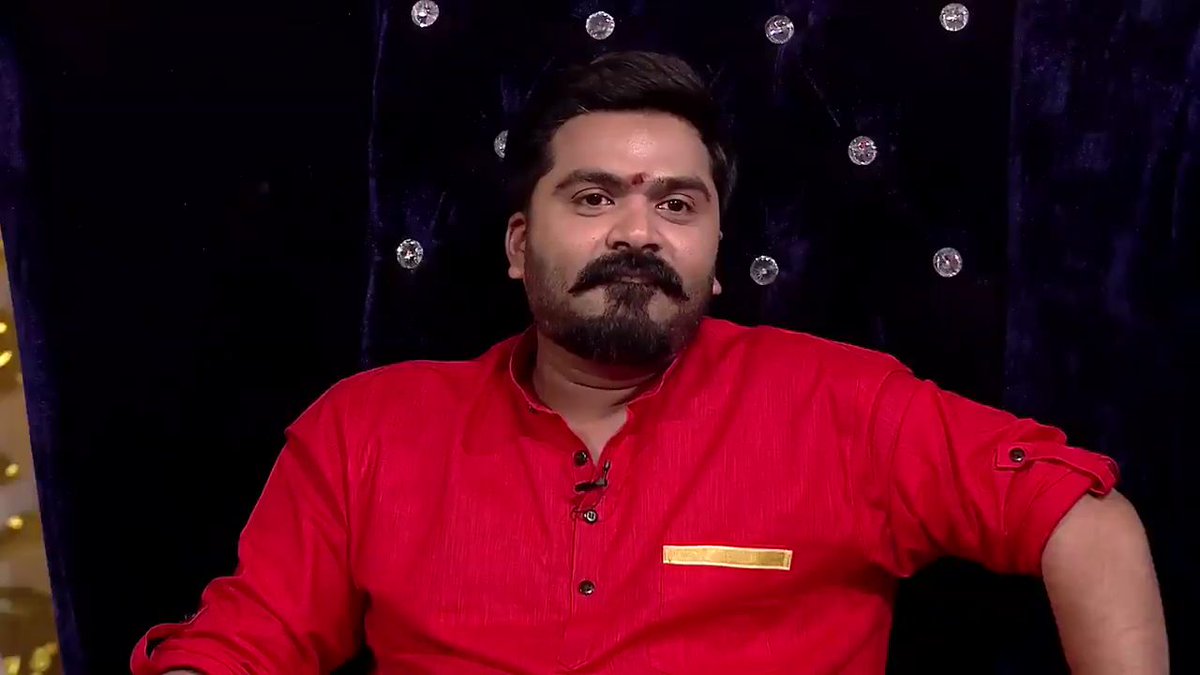 “Happy Pongal to everyone! “Vantha Rajavathaan Varuven” is all set to release on February 1 to which I would like to thank Lyca Productions, My director brother Sundar C and my entire crew. I am requesting my fans to watch the movie by buying the ticket in ticket counter. I don’t want you to watch my movie by buying a black ticket” initially said STR in the selfie video.

#STR pongal wishes to all his Fans and Friends pic.twitter.com/KRkUTobP31

“And one more thing I am requesting to all my fans is that I know that many will spend money on posters, banners, cutouts on the release day of the film. I don’t want you to do it on this particular occasion. Instead of that, I want my fans to present a saree to their mother, a shirt to their father, or atleast a chocolate to their sister or brother. I want my fans to capture it and post in social media as a picture or as a video. Anything that you could do to them will make me happy more than anything.” the actor requested.

Sharing the video Mahat captioned it as “This is why we all are a big fan of #STR 🔥 and this is what I love about him! #Genuine #Honest & #Caring HUMAN! Gonna buy gifts for my family for #VRV release! What about you guys? #vantharajavathanvaruven”

What do you think on Simbu’s request ?? Comment your views below !!