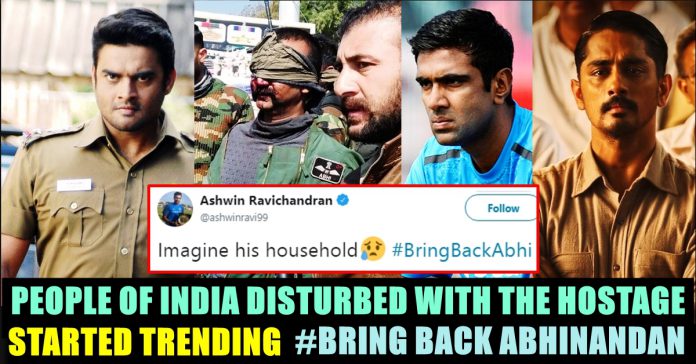 Wing Commander Indian Air Force Abhinandan in the custody of Pakistani security forces. He was flying one of the aircraft which were shot down by PAF in Pakistani airspace this morning. 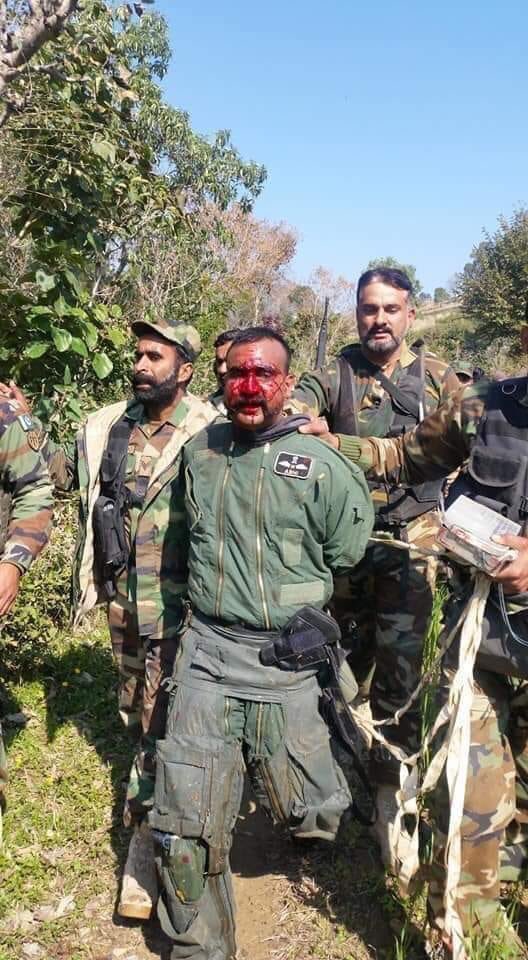 When asked about further details the detained pilot replied, “Sorry Sir, that’s all I am supposed to tell you.”

In the video shared by Pakistan, Abhinandan wearing a flight suit is heard saying that he is Wing Commander Abhinandan. He is blindfolded and gives out his service number. He then asks if he is in the custody of the Pakistan military. Later, he refuses to answer further questions.

The video was relased after a press conference held by spokesperson of the Pakistan armed forces Major General Asif Ghafoor. It is aldo rumoured that Abhinandan belongs to Chennai. He is also a father of  2 children.

As soon as the video surfaced people from India concerned about the safe return of Abhinandan and started trending hashtags such as Say No To War, Bring Back Abinandan, Surgical Strike etc. Celebrities such as Ravichandran Ashwin, Ranganathan Madhavan also voiced out for the safety of Abinandan :

Praying for the safe return of our Brave IAF pilot Abhi. God keep him safe.

Please stop believing anything we see or hear…let us just pray for the safe return of our IAF WING COMMANDER ABHINANDAN VARTHAMAN service number 27981 who has been captured by Pakistan.. #saynotowar

Terrorists kill our men. We destroy a terror camp (they deny casualties but don’t deny existence of terror camp). They capture our pilot. This isn’t even on the same footing. #Pakistan supports terror. #India does not. War can’t and won’t change this fact. Neither will diplomacy.

A social media campaign has started in the past hour #BringBackAbhinandan

Wing Commander Abhinandan
We want him back!
We will get him back!
Let’s keep faith in our nation and pray for him. 🙏
Jai Hind 🇮🇳#BringBackAbhinandan
pic.twitter.com/SGOr2oknpn

At this point , our attention should completely shift to Wing Commander #Abhinandan

What a brave man Wing Commander Abhinandan.🙏
No fear on his Face when I saw the video.
Stay strong #Abhinandan. An entire nation stands with you.🇮🇳#BringBackAbhinandan pic.twitter.com/7ZzMClVBf8

We shouldn’t be scared about Pak army,They are ready to release him..it’s our guy @narendramodi ‘s word or action will decide #Abhinandan and others fate..simple!

While whole country wants #Abhinandan back

3. Mr Doval has not spoken a word

I hope the government will take the right measures to bring back our pilot safe! My prayers and strength to the officer & his family!!

Pakistan said it does not wish to escalate tensions with India and is not interested in going to a war. “Our action was an act of self-defence,” Pakistan said.