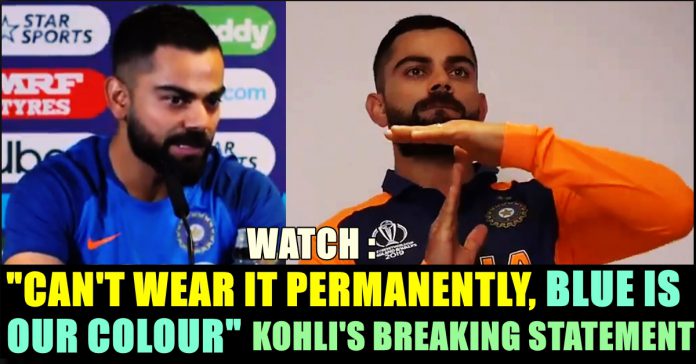 The ‘Men in Blue’ will be seen in an all-new avatar during the upcoming clash with England in the ICC World Cup 2019 on Sunday. After BCCI finally revealed the ‘away jerseys’ on Friday, the Virat Kohli squad took to social media to flaunt the new Away Kit. “Ready to rumble in new jersey,” tweeted India’s spin master Yuzvendra Chahal.

The Indian cricket team’s official Instagram handle also asked cricket fans to shower “likes for this jersey?” The International Cricket Council tweeted the team India would wear this ‘away kit’ in their ‘One Day for Children’ game against England. 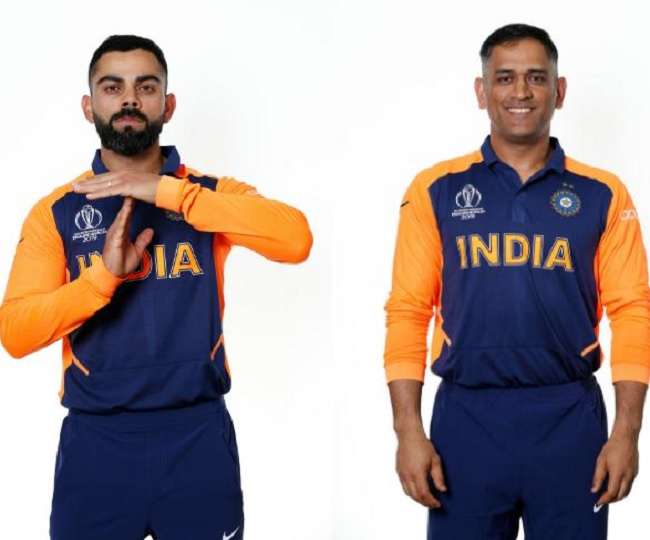 Skipper Kohli loved the design and gave it an eight out of ten. “The fit is great, it’s a nice change,” Kohli said in the pre-match press conference on Saturday (June 29).

“I quite like it, I think it’s right up there. For me it would be eight. Honestly, I’m not saying it for the sake of it. I really like it. The contrast is very nice,” Kohli said, after being asked to rate the jersey on a scale of one to 10.

Captain @imVkohli gives the new jersey an 8/10 – What about you #TeamIndia #ENGvIND #CWC19 pic.twitter.com/lYdqqS7TuZ

There had been some debate with regards to choice of orange as a dominating colour as a section of political class accused the central government of trying to “saffronise” sport.

“For one game, it’s fine. I don’t think permanently we’d be heading in that direction because blue has always been our colour, very proud to wear that. For a change and looking at the occasion, it’s a very smart kit,” Kohli told reporters in the pre-match press conference on Saturday (June 29). 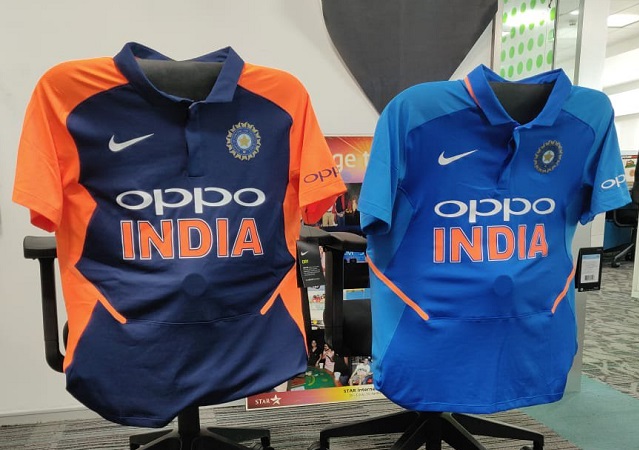 MS Dhoni, Virat Kohli and other members of the Indian cricket team posed for the first time in their away jersey ahead of the India vs England World Cup 2019 clash on Sunday. The Indian cricket team, in a first, will be donning their away kit at the World Cup 2019 match against the hosts in Birmingham. With the semi-finals spot at stake, India will hope they can maintain their good fortune in the away jersey as well. India will sport the away kit since even England have a blue jersey, though lighter in colour.

Special occasion, special kit 👌 #TeamIndia will wear this in their #OneDay4Children game against England on Sunday. #OD4C | #ENGvIND | #CWC19 pic.twitter.com/ZvuX4be37F

India, who are the only unbeaten team in the ongoing premier tournament so far, will compete against the hosts at Edgbaston on June 30.