How much
ever we need to work for our own survival, we need to draw a line on the hours
we put in our hard efforts. ‘Anything done more will be a boon’  perfectly applies for this.
While most
of the developed and developing countries work for more than 40 hours, there
are a few ones who reduced the work hours, thus making their employees happy
and gaining better performance and productivity.
Here are
some of the countries who have reduced work hours and gained hugely by it.
1. Sweden

Sweden is moving to a six-hour working day in a bid
to increase productivity and make people happier. Employers across the country
have already made the change. The aim was to get more done in a shorter amount
of time and ensure people had the energy to enjoy their private lives.
2. Netherlands
A maximum of nine hours per day and 45 hours per
week could be the case, but no one is allowed to work more than 2.080 hours a
year. Consequently, the average working week in the Netherlands is
approximately 40 hours. All employees should be given a 30-minute break after
they complete 4,5 hours of work.
3. Denmark
A normal working week is from Monday to Friday and
office hours are usually between 8 a.m. and 5 p.m. Women work an average of 35
hours a week compared to 41 hours a week for men.
4. Norway 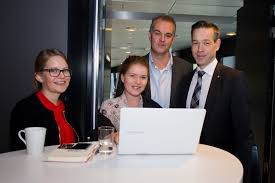 The Irish generally aren’t workaholics; they value
their social life too highly for that. The standard Irish office day is from
9am until 5.30pm with an hour for lunch, taken between 12 and 2pm. Many
offices, including government departments, are closed between 12.30 and 2pm. The
average Irish working week is 39 hours and the legal maximum 48 hours.
6. Germany


The German Working Time Regulations
(“Arbeitszeitgesetz”) regulate working hours on a legal basis. They are based
on the European regulation 93/104/EG. In addition, most industries have
collective agreements that regulate working hours and holidays. However, it can
be said, that a working week of more than 48 hours on average during a  6
month period must not be exceeded. Furthermore, Sundays and national holidays
are non-working days.
7. Switzerland
Swiss workers earn
nearly the same as the average American worker, but work 155 hours less each
year. About a third of them are on part-time schedules. A whopping 79% of the
country’s working-age population are employed, the highest of any
industrialized nation.
8. Belgium
In Belgium, working
time may not exceed eight hours a
day. Moreover, daily work must in principle be performed between 6 am
and 8 pm. Working time may not exceed 40 hours a week.
9. Australia

The number of hours
worked in a week can reach a maximum of 40 hours. The average time, including
overtime, cannot exceed 48 hours.
Okay, I’m packing my bags right now and leaving to
Sweden! 😛