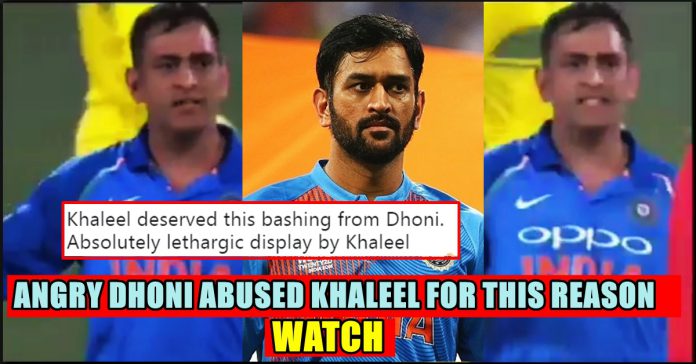 India former captain MS Dhoni was clearly not impressed with the water boy Khaleel Ahmed for walking in the middle of the pitch as the spikes on the shoes can damage the 22 yards. It made Dhoni so angry that he was seen gesturing Khaleel that he could’ve avoided walking on the pitch. Clearly, the World Cup winning captain was in no mood to take chances with the game getting so close in the final overs. According to a report in CricTracker, Dhoni even hurled abuses at him. 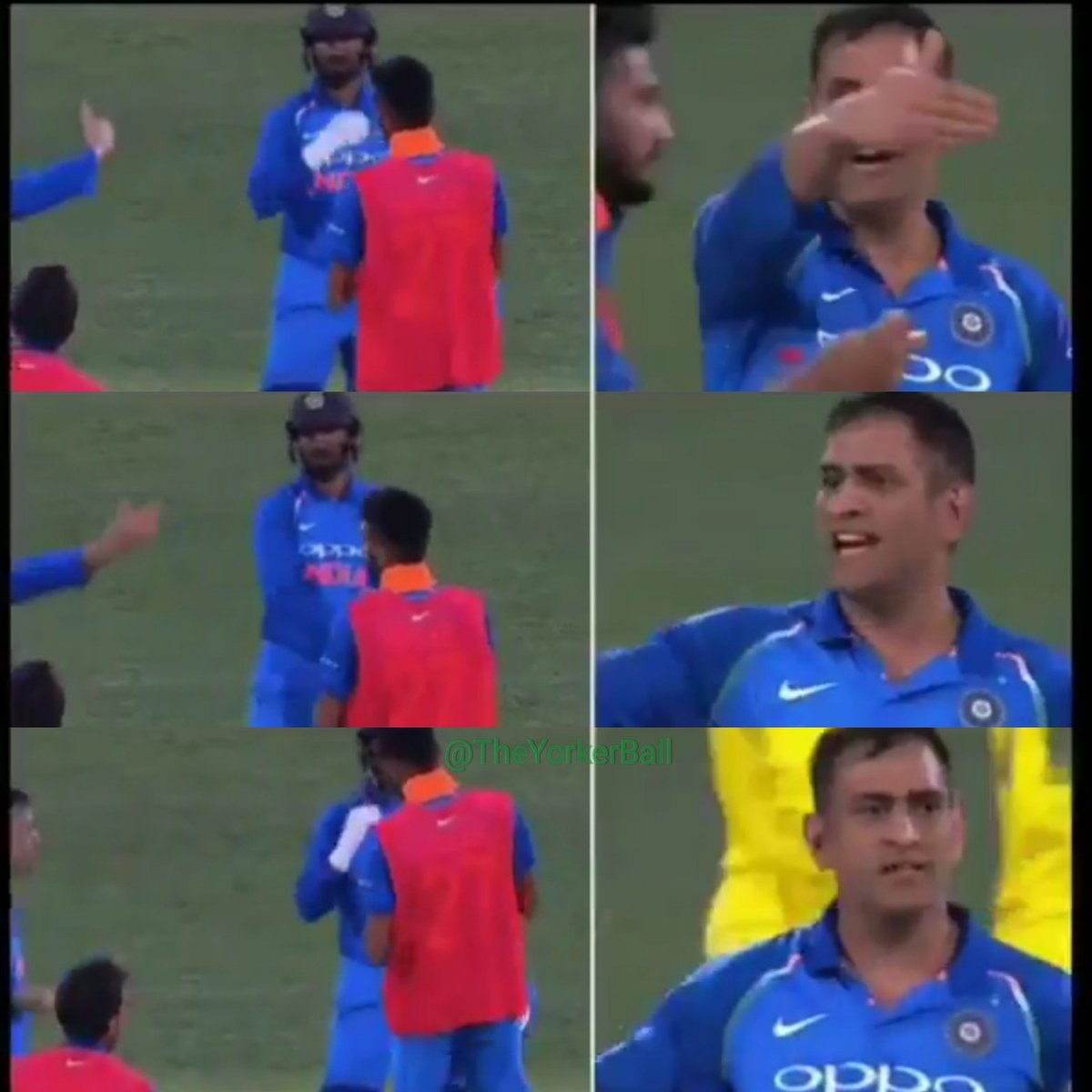 Very seldom does it happen that MS Dhoni loses his cool and that too on the day when he finished the game for India at the Adelaide Oval to level the series. The veteran’s unbeaten and calm 55-run knock helped the visitors seal the nervy chase which went down to the last over. However, during the drinks break when the things got close Dhoni was seen getting angry over Khaleel Ahmed, a player in bench for walking in the middle of the pitch.

Khaleel deserved this bashing from Dhoni. Absolutely lethargic display by Khaleel Ahmed on field. What an innings by MSD.👏🏼 #INDvAUS #AUSvIND pic.twitter.com/uQOCJxfSq6

Another player, Yuzvendra Chahal, was seen throwing the helmet towards Dhoni carefully from the other side of the pitch; ensuring that he doesn’t repeat the same mistake his benched counterpart committed.

Despite all that, Dhoni didn’t loose his cool as he finished off the game with an unbeaten 55 as India won by six wickets in the final over, leveling the three-match ODI series 1-1.

Check out the reactions from twitter for Dhoni’s gesture towards Khaleel :

Dhoni once said ” bsdk ” to Manish Pandey, he is suffering to get place in the team.

Shouting at Khaleel for running on the pitch.. Dhoni at his witty best 🤣🤣

What the Ffff Dhoni just said Chu&*? to khaleel ahmad, who bought the drinks & ran over the pitch, dhoni furious !!! @firkiii

Dhoni’s innings was a strong message to his critics that you never write off a champion player like him. However, there were times he was out of breath out there, maybe not as insanely fit as a younger Dhoni would’ve been. 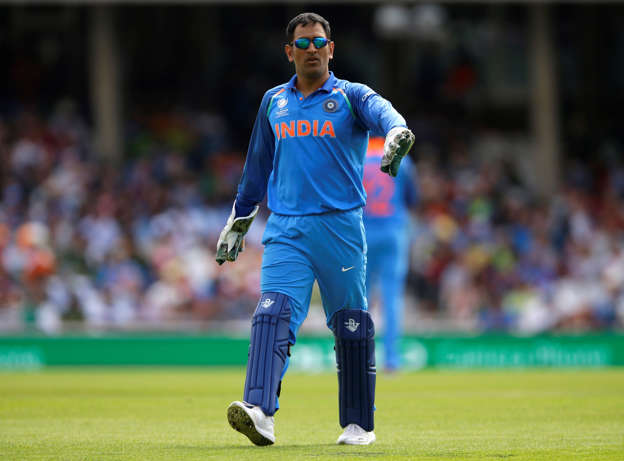 India captain Virat Kohli called it an “MS classic” after Mahendra Singh Dhoni, with sixes that reminded of his heydays, hammered home the point that the finisher in him is still alive.