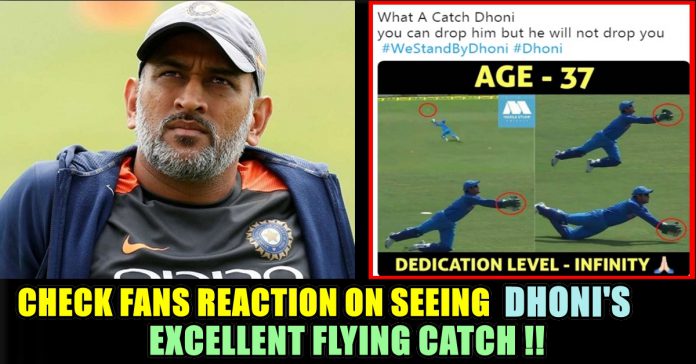 MS Dhoni has given us ‘n’ amount of special moments and memories to cherish in his cricket career so far. The Indian wicketkeeper and batsman is immensely talented and full of the winning spirit. If his helicopter shot his world popular, he also mesmerises fans with the lightning fast stumps. 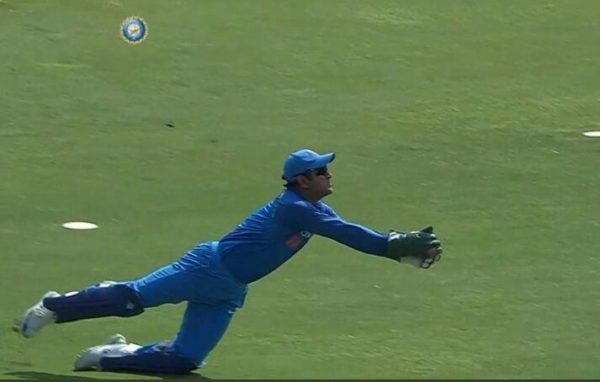 His wicket-keeping skills have a huge fan following and today he impressed all of them again by taking a breathtaking catch. 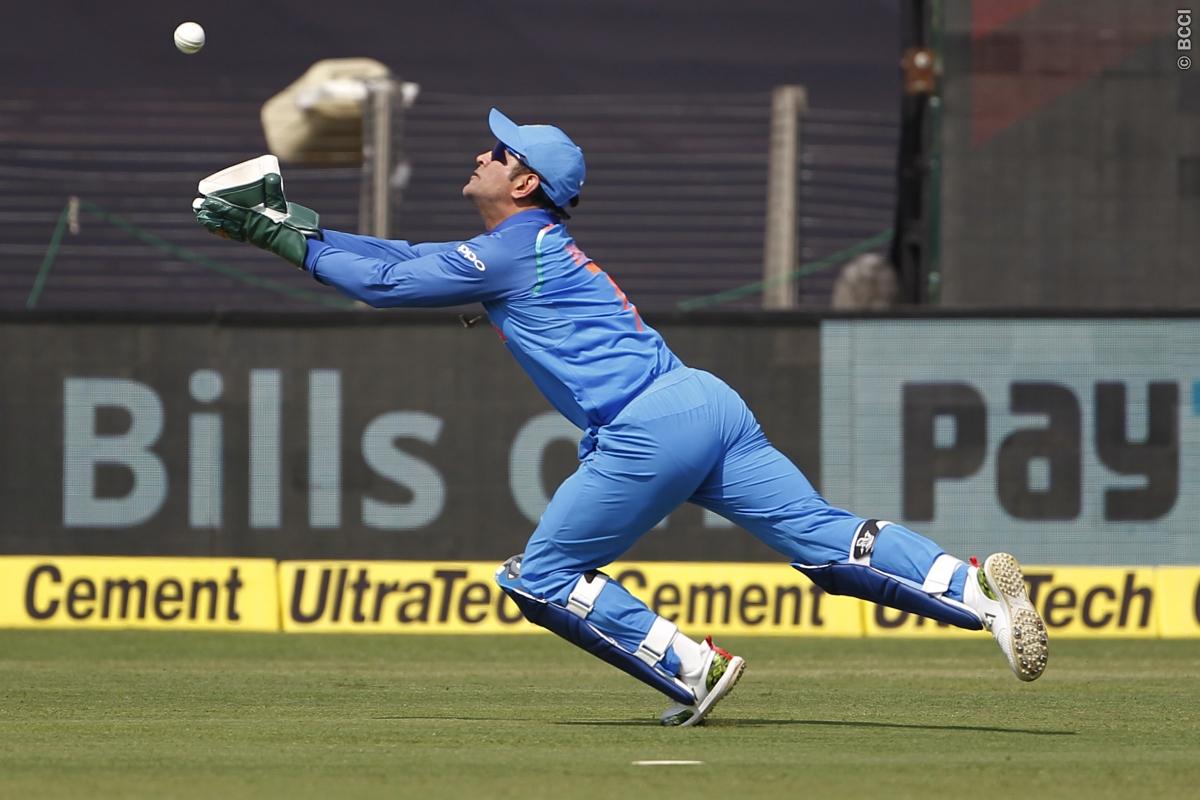 West Indies’ batsman Chandrapaul Hemraj pulled out a wrong shot on Jasprit Bumrah’s delivery. MS Dhoni wanted to take the catch so he ran some distance and then eventually dived to catch the ball. Watch the video-

People all over the country have loved the timing, ability and efforts of Dhoni and therefore are showering him with all the praises on Twitter. Have a look at some of the reactions-

OUT! WHAT. A. CATCH! MS Dhoni with a stunner. Sprints back and dives full stretch as Hemraj mistimes a pull shot. Bumrah gets the wicket and he has Dhoni to thank for that.

DHONI! That catch won’t save him for next world cup. He need runs. #IndvWI

Superb catch by ms dhoni and crashed the selectors pic.twitter.com/M8oRNwIOX8

What A Catch Dhoni
you can drop him but he will not drop you
#WeStandByDhoni #Dhoni pic.twitter.com/fAILzVU6eu

Though India lose the match despite Dhoni’s excellent work from behind the stumps and Kohli’s century, fans from India supporting their team from the heart and supporting them at their bad times.

Let’s wait for the rest of the series to know which team wins the trophy !!