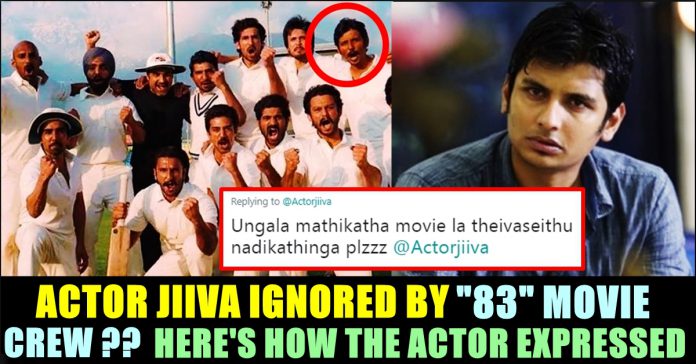 The team of Ranveer Singh starrer ’83 has officially begun their shooting schedule. The team members, who had been training for their respective roles, left for the first shooting schedule reportedly in London. Tamil actor Jiiva, who is known for his critically acclaimed films like Ram and Kattrathu Tamizh, is all set to make his debut in Hindi cinema with Ranveer Singh’s ’83, a film about the victory of the Indian cricket team at the 1983 World Cup. While Ranveer Singh plays then Indian team skipper Kapil Dev’s role, Jiiva will be seen as the aggressive batsman Krishnamachari Srikkanth. Earlier, it was rumoured that Telugu actor Vijay Devarakonda has been approached to play Srikkanth’s role. 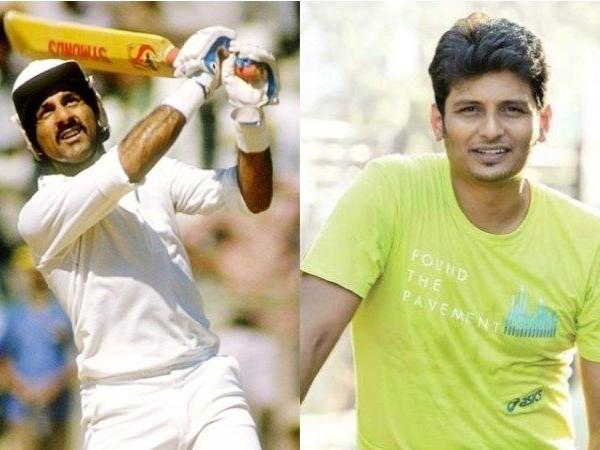 However on seeing the group picture of the movie crew, we can see Actor Jiiva missing in it. One of the fan who witnessed it tagged Jiiva and asked about his whereabouts in the picture.

This tweet grabbed the attention of the actor who immediately replied by writing “Vittutu poitannga ba!” (They left me pal!) in a humorous way. Here’s the tweet of Jiiva :

This tweet irked his fans and followers who asked him to walk out of the film. Many stated that they have planned to watch the movie only because of Jiiva’s existence in the movie as Srikanth. Check out some of the main reactions here :

…. I was gonna watch the movie because you were in it… 😭😭

Sir! What do u mean? R u part of it or not now? Was so exited to see in the film!

Jiiva might have missed the shoot due to his hectic schedule in tamil movies. It is recently reported that the actor has just now wrapped up his upcoming Kollywood film Seeru. He will be joining the team of “83” probably in the next 2-3 days. Directed by Kabir Khan of Bajrangi Bhaijaan fame, ’83 is being jointly produced by Reliance Entertainment, Phantom Films, and Vibri Media. The film, which was earlier scheduled to release on 5 April, has been now slated to release on 30 August.