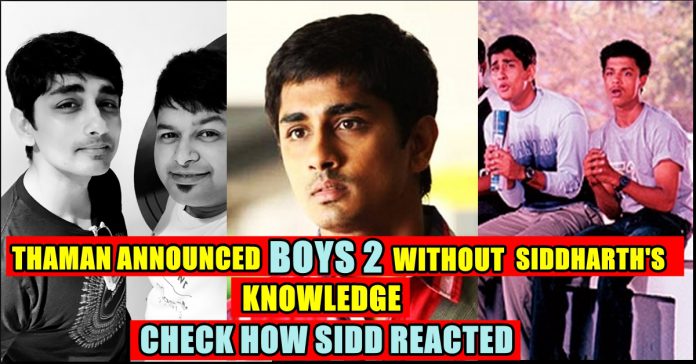 Ace director Shankar’s Boys is one of the notable films, that gave a super start to actors like Siddharth, Bharath, Genelia, Nakul, Thaman, and others. The film is considered as one of the best multi starer youth films of its decade. 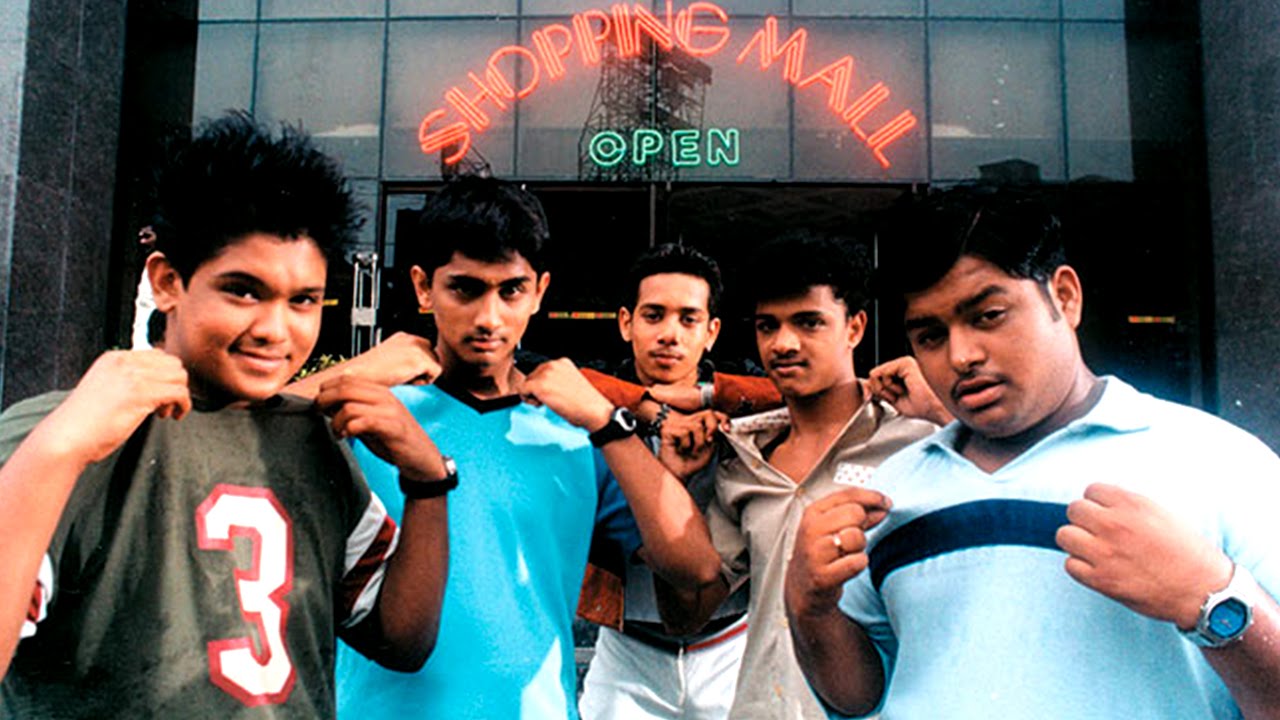 Now one of the 5 boys, Thaman, who is now a busiest music composer of South Indian film industry has posted a picture with the protagonist and his co-star of the 2003 released film. 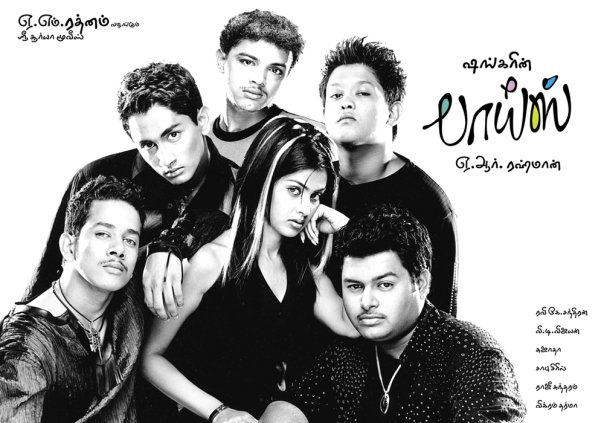 In the picture Thaman posted, Actor Siddharth, who is not only looking cool but looking exactly as young as he was in Boys. Thaman also looked very charming with his own swag in the black and while filtered picture. 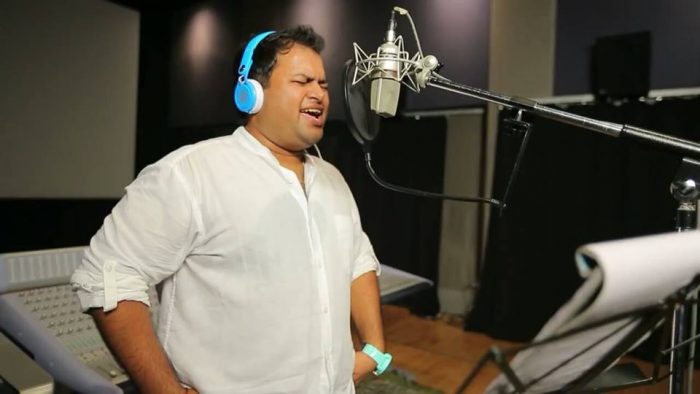 On seeing this post many followers of Thaman believed it and started celebrating the announcement :

Completly out of syllabus #Boys2

Is that project happening 😳

Who is the director shankar sir ha #boys2

Have you ever met #Shankar sir about Boys 2 script.

But the celebrations and the excitements did not last very long. Actor Siddharth intervened and reacted to the tweet post of Thaman and proved that it is not about the announcement of  by writing “Hahahahahaha! KoLuthi vidu! 💥 Good boys will be good boys :)”

I found this few days back when I was cleaning my shelves😄😄 pic.twitter.com/kQ1RQm5sev

If it’s seriously coming up , then i’ll be there for the FDFS..

Romba time aanadhal, Boys2 could be called as “Uncles” 😀

The story of Boys centers on six youngsters, who experience the downfalls of teenage life. Despite all of its lead characters being debutantes, the film was the second most expensive Tamil film produced at that time, only behind Shankar’s own 1998 film Jeans. The score and soundtrack are composed by A. R. Rahman. Boys was simultaneously released in Telugu as well with the same title.

What do you think on the arrival of Boys 2 ?? Comment your views below !!