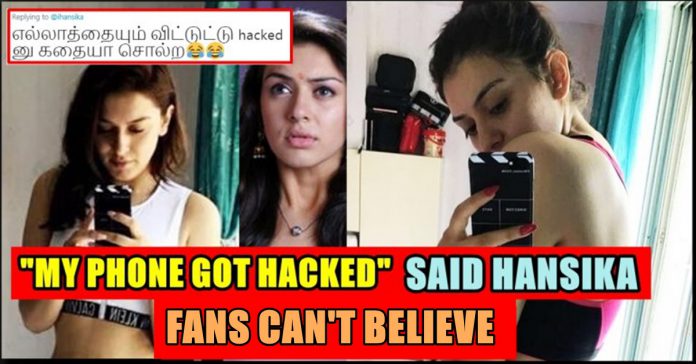 Actress Hansika found herself in the middle of a storm when her private photos from her holiday got leaked on social media. The photos surfaced yesterday and have been making the rounds on social media. 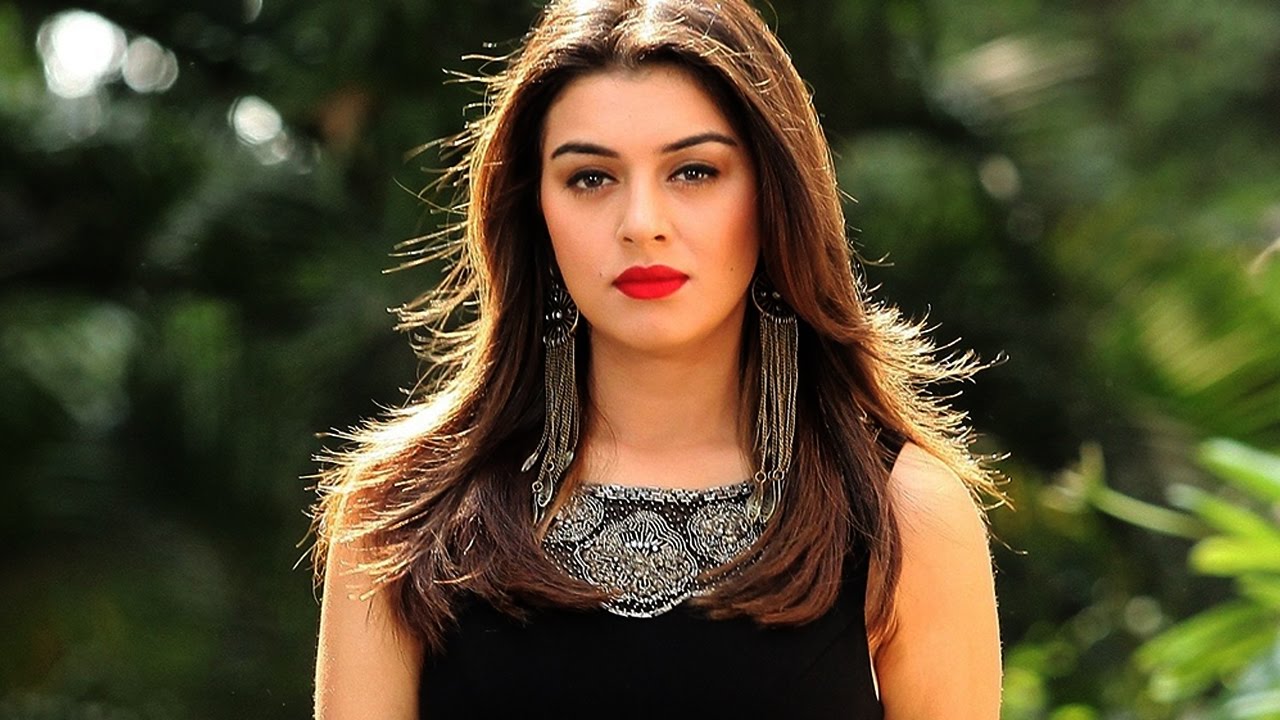 Many suspected that hackers were behind this leak and looks like it is true. After 24 hours, the actress has reacted to the controversy through her Twitter and Instagram accounts. Taking to social media, she wrote, “Phone n Twitter hacked please don’t respond to any random messages . My back end team is working on getting things in control. (sic)”

Phone n Twitter hacked please don’t respond to any random messages . My back end team is working on getting things in control.

Recently some of her photos went viral on Internet where she posed in Bikini. It is still not known that those pictures are leaked or Hansika released them herself.

But fans who follow her in twitter trolled her brutally and questioned how a phone could be hacked.

Check out their reactions here :

How phone can get hacked 😮😮😲

It’s quite confusing how the phones of actress who aren’t having any movies at the moment are getting hacked every time..! #CheapTactics #QuitKollywood

Howcome daily some non-performing/once a celebrity’s private photos are leaked and they don’t even complain??
Are these really leaked or purposely floated??
https://t.co/m5aDcLodPO
Download the TOI app now:https://t.co/GWIqoj8iDq 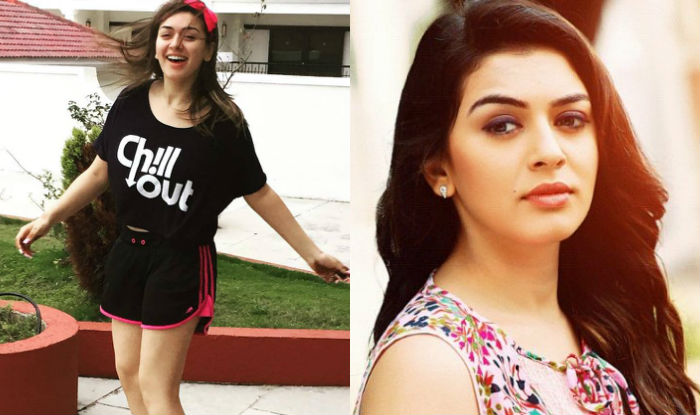 Hansika hasn’t lodged a complaint with the cyber-crime officials to nab the culprit. Instead, she said that her team is working on getting hold of her accounts from the hackers. Though her photos on Twitter have been taken off, they are still available on Instagram.

Earlier, Amy Jackson and Akshara Haasan became victims of cybercrime and their revealing photos were leaked on social media.

On the work front, Hansika is now busy with the shooting of her 50th film Maha, which is directed by debutant UR Jameel.