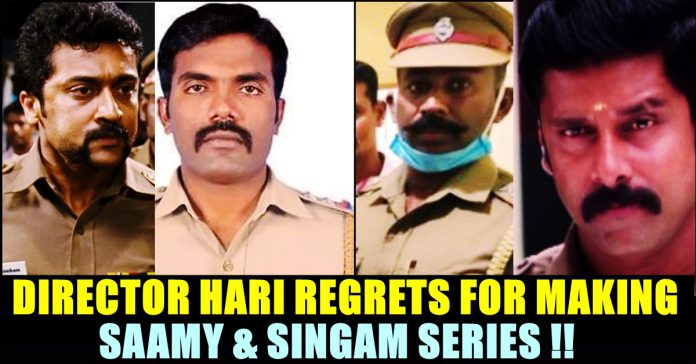 Followed by the horrific lock up murder that took place at Sathankulam of Thoothukudi district, entire country is raising voice together. Most recently actor Suriya released a press note condemning the police official’s brutal behaviour. The actor said that this kind of behaviour of the Police officials could have been went unnoticed if Jayaraj and Fenix were not dead. “If victims came out of police custody with injuries, they would have existed as a living example for others on not to confront police officers.” said the statement of the actor.

The actor said that he highly believes to get justice for this cruelest crime committed by the police offers.

On the night of Sunday, actor Sivakarthikeyan came up with a tweet saying that these kind of crimes should not be repeated and the people who are responsible for the death should be punished as per the law.

The ppl behind the brutal crime should be punished as per the law & the punishment should make sure that these kind of crimes are not to be repeated again.I request the Government to give every one of us the hope by giving#JusticeForJayarajandBennicks

The filmmaker who glorified cops in his entire filmmaking career through various films, said that he feels ashamed of making such films. In the fifteen films Hari directed in his career which spans more than eighteen years, five of them has police officers as protagonist. Almost all the films became blockbusters as well.

Saami, Saami square, Singam, Singam 2, Singam 3 were the films Hari made in which Vikram and Suriya portrayed the lead roles respectively. In his letter Hari wrote “The cruelty that took place in Sathankulam should not take place in Tamil nadu anymore. The only solution is to provide the highest possible punishment to the culprits. This kind of violation from few police officers, is a black mark to entire police department. I regret for glorifying Police department in 5 of my films” read his letter to media.

Hari debuted in the year 2002 through a film named as “Tamizh”. He is going to direct Suriya for the 6th time in his upcoming film which is titled as “Aruva”. In Sathankulam, Police officers nabbed father and duo for no appropriate reason and beaten them black and blue in lockup. They both died after a government doctor helped police to produce fake medical certificate to the magistrate. This incident created huge outrage across the country as influential people including cinema celebrities and sports personalities raised voice against the Police officials who are responsible.