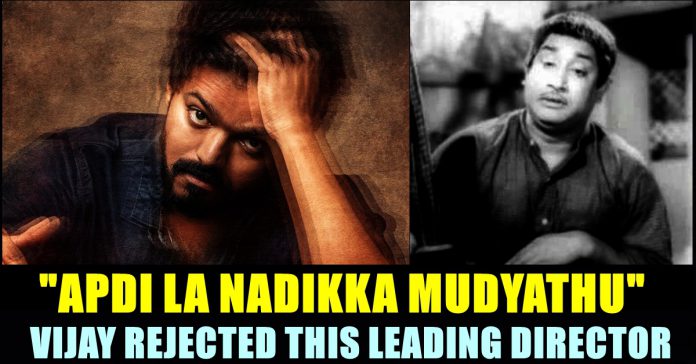 Linguswamy is one of the leading filmmakers of Kollywood film industry. The director made many notable films such as Run, Sandakozhi, Paiya, Vettai etc. The filmmaker was last worked in the sequel of his earlier hit Sandakozhi. Followed by this, He and his brother N. Subash Chandrabose have also produced films through their production company, Thirupathi Brothers.

Now the filmmaker has appeared in an interview after a long time. In the interview, Linguswamy shared about many of his experience during the making of his films. The interview was hosted by experienced actor and filmmaker Chithra Lakshmanan. The director who spoke his heart out in the interview shared how he worked with few of the top actors and directors of the industry.

The director revealed that Nayanthara was supposed to do the role of Tamanna in “Paiyaa”. “Due to salary issues, Nayanthara got opted out from the project” said Linguswamy. Then he explained how Yuvan Shankar Raja’s work helped “Paiyaa” to become a blockbuster. Later Linguswamy revealed a shocking fact about controversial actor Simbu. He said that Simbu was supposed to act in “Vettai” instead of Arya initially. He further added that Simbu bought 1 crore as advance and didn’t return it till now.

Interestingly, Linguswamy also explained on why he couldn’t work with actor Vijay till now. The “Anjaan” director said that he missed the opportunity to direct Vijay for three times. “I missed to direct him in Run, Sandakozhi and in Vettai” said Linguswamy who added that his nieces would always ask him about doing a film with the actor as they love him a lot.

“Nowadays, I am watching his movies in theatres on the first day. His range went ahead and the craze of him from fans increased in a large scale. His body language and performance are way better now. But as of now I don’t have a script for him. People will start talking only after the release of the film. There are chances for them to compare our previous works as well. I would definitely approach him if I get a perfect story and script for him” said Linguswamy.

WATCH THE VIDEO BELOW FROM 27TH MINUTE :

The filmmaker further added that Vijay rejected a story by considering the nature of the lead role in it. “We narrated him(Vijay)a story of Vijayendra Prasad. After listening to it, he decided not to do the role as it required one of his hands to be a paralysed similar to “Bhagapirivinai” Shivaji ganesan”. After thinking about it for a long time, he decided not to do it. I am expecting for a perfect story to have him in the lead. Like the fans, I am excited to work with him as well” he said in the interview.