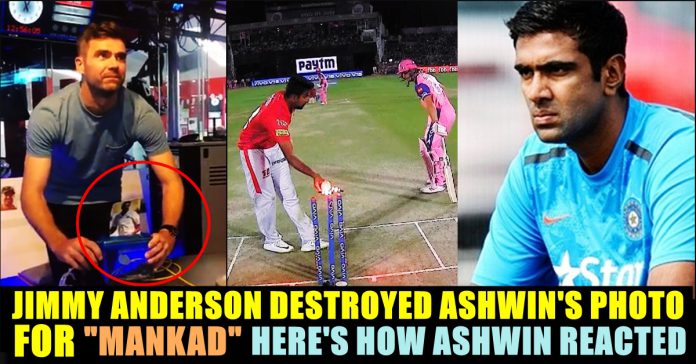 Indian fans were not happy with James Anderson after the English pacer shredded a picture of R Ashwin during a radio show for BBC. During the BBC podcast ‘Tailender’ hosted by Greg James, Anderson talked about the whole ‘mankading’ controversy. During the show, Anderson also said that he was not convinced that Ashwin was right in saying that the ‘dismissal was instinctive’. He said that Ashwin clearly waited for Jos Buttler to get out of the crease before removing the bails. He added that the third umpire should not have given it out. He also called for the ‘Mankad’ rule to be changed.

After the show, Greg James posted a video of Anderson using a manual shredder to shred a picture of R Ashwin.

EXCLUSIVE: @jimmy9 give us his unique take on @josbuttler’s controversial run out last week…

Responding to the video, Kings XI Punjab captain Ashwin said: ‘Today Jimmy Anderson might feel that whatever I did was wrong. ‘Maybe, tomorrow he might end up doing it [a ‘Mankad’]. Who knows? It is a question of perception of right and wrong. ‘I don’t think in this case it is necessary because it is in the law and I did. ‘Everybody who know me, it is very clear (to them) that I don’t do anything that is illegal. 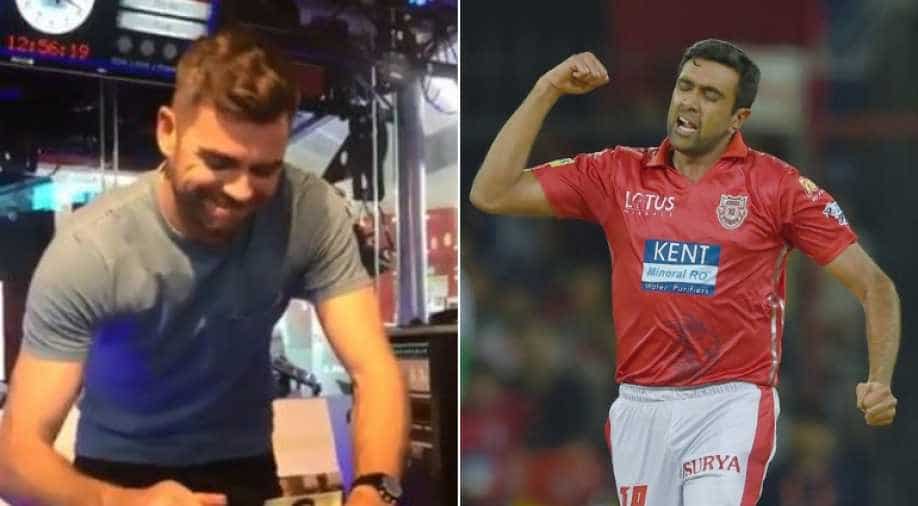 ‘Even my team has stood behind me since then. A lot many players have come to me and said whatever I did was absolutely right.’ Asked whether the fall-out from the incident had affected him, Ashwin told India Today: ‘Not really, it hasn’t affected me one bit at all. ‘I am very happy that they (former and current England players) are standing up for their fellow countryman. ‘I definitely think that my countrymen have also stood up for me. And it is only fair that your peers stand up for you.’

The MCC initially said Ashwin’s dismissal was both legal and within the spirit of the game, but they later confirmed they felt the India spinner has deceived Buttler by delaying his bowling action. But Ashwin said: ‘There have even been debates about whether I waited for him to walk out of the crease. ‘But, what people don’t understand is that I hadn’t even reached the crease and he started walking away. ‘Once your action is complete, you cannot go down and hit the stumps. I just feel that the way people have reacted means bowlers are not going to want to do it again.’ But Ashwin did admit that the laws regarding ‘Mankads’ could be made clearer, something both Joe Root and AB de Villiers have called for recently. ‘I actually think that if you bring in the ‘Spirit of the Game’ into this and keep on talking about it again and again, it is up to the authorities to decide that whether you want to continue this as a rule of the game or not,’ he added. Ashwin’s Kings XI are currently top of the Indian Premier League having won three of their four games so far.