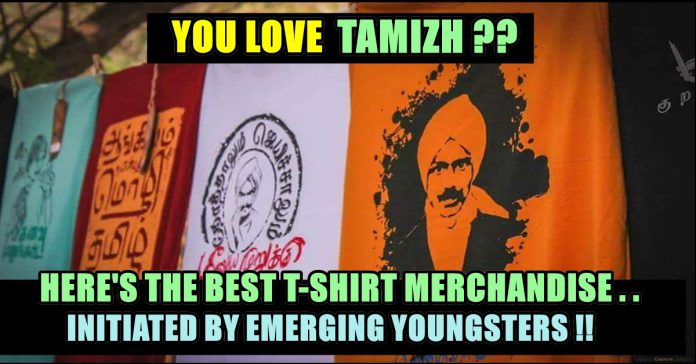 The Ethnicity of Tamizh was appeared thousand and thousands years ago and it pioneered the civilization to the entire world. Being the senior citizens for the entire world , it is undeniable that the concern to save their culture is in blood for each and every Tamizhan.

Due to the arrival of huge technology development in Tamilnadu , the western culture took control and it is slowly devastating the purity of Tamil culture.

Vast number of Tamil people showing their interest in learning other languages which became a huge barrier in developing the language Tamizh.

The motive of this small initiative is nothing but printing the good sayings of Tamizh Language in order to spread the elegance of Tamizh language among the people. It is named as “KURAL AADAI”. “Lets use cotton expose the beauty of our Language”

“KURAL AADAI” was initiated by these three youngsters who are named as Gopala Krishnan, Arun and Kumar in August, 2017.

During their college days they combined through social service organisations as friends and decided to start their own start up which lead to initiate “KURAL AADAI”. Instead of printing abusive sayings and other language quotes they decided to print Tamizh language quotes as their primary purpose is developing their mother tongue. The ultimate goal of “KURAL AADAI” is to save the culture of Tamizh ethnicity.

The outfit we wear evaluates us wherever we go from which everyone around the world will recognize our identity. So it is essential for us to choose right choice in choosing our outfit which “KURAL AADAI” provides you undoubtedly. For “KURAL AADAI” received positive response among the people. The outfit which personifies the goodness of their mother-tongue is being well received by Tamizh people. They are showing their uttermost love towards “KURAL AADAI” which is really healthy.

Instead only keeping the urban areas in concern they are very satisfied in providing the Tamizh outfits to the people of rural areas who are just loving the design.

The Tirukkural is a classic Tamil text consisting of 1,330 of Kurals , dealing with the everyday virtues of an individual. Considered one of the greatest works ever written on ethics and morality, chiefly secular ethics, it is known for its universality and non-denominational nature. Once even Karl Marx stated that if we lose the entire civilization one day , we can regain it by having “Thirukkural” alone. The logo of “KURALAADAI” consisted of “Thirukkural” along with the precious “Plow” which is the weapon of every farmer. Along with so many variety there are outfits available with Abdul kalam , Thiruvalluvar faces printed , The lines of Aathichudi , Thirukkural printed outfits are also available with pure 100% cotton material. People can buy it through www.kuralaadai.com this website. To overcome the competitors in this department they planned to sell products as cheap as they can. Now they have 3000 constant customers and they are publishing their products through Digital marketing , Social media platforms such as Facebook , Whatsapp as well.

Their ultimate aim is to become no.1 in online business. They are also planning to initiate number of stores in leading cities in Tamilnadu and to do import , export in number of countries.