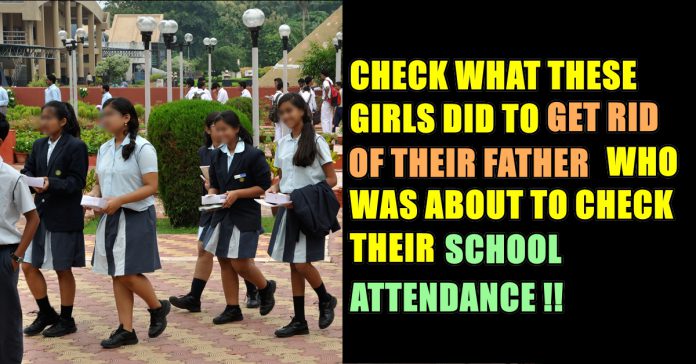 They had played hooky from school, and when their father told them that he would be meeting their teacher and checking their attendance, they got scared and decided to run away to Nepal. By the time the parents reached the school, the three girls were aboard a state transport bus to Gorakhpur. What followed was a nerve-wracking six days for the parents who feared that their children had been kidnapped by human traffickers.

The runaway girls, two of whom were sisters, were finally traced to the Tarai area of Nepal at a relative’s home. DCP (northeast) Atul Kumar Thakur said the girls were reunited with their families at Sonia Vihar on May 9. The three girls, who study in the same school at Sonia Vihar, went sightseeing after classes on May 1. When they reached their homes late, they were scolded by their parents. The next day, the father of the two sisters told them that he would be meeting their teacher and also checking their attendance.

Worried, the 11-year-old girl, her 12-year-old sister and their classmate decided to run away to avoid a confrontation by their parents. Their classmate, who has relatives in Nepal, shared the idea of hiding there for some time. On May 3, the girls left their houses for school, but instead went to Anand Vihar ISBT  and boarded a bus to Lucknow. Meanwhile, when the father went to the school, he found that his two daughters and their classmate had never reached there. The school authorities checked with other students, but failed to get a clue about the three missing girls.

They finally approached police and a case under IPC sections 363 (kidnapping) and 365 (kidnapping or abducting with intent secretly and wrongfully to confine person) was registered. Multiple teams were formed to trace the girls.

On May 4, cops got the first clue when a classmate of the girls informed them that one of the missing girls had called her from an unknown number. “She didn’t tell her friend about their whereabouts and just asked what was happening back here,” an officer said. Technical surveillance was mounted on the number and its owner, Ram Avtar, was traced to Malihabad in Uttar Pradesh.

A team met Avtar at his house and he told police that he had given his phone to a girl to make an urgent call at Kaiserbagh bus terminus at Lucknow. He added that the girls had boarded a bus going towards Gorakhpur. Sensing the movement of the girls, cops realised that the girls may be going towards Nepal. They took along the mother of the two sisters and maternal uncle of the third missing girl and reached Sonauli border. Information was also shared with Sashatra Seema Bal (SSB) posted at the border.

On May 7, the maternal uncle of the third girl got a call from an acquaintance in Nepal informing him that the three girls were at a relative’s house in Makwanpur district. The cops told the family members that they didn’t want to scare the girls with police presence and decided not to enter Nepal. The girls were brought to Kathmandu by the maternal uncle and later handed over to the cops at the Indo-Nepal border. To rule out foul play, a medical examination of the girls was also conducted. The girls were reunited with their families the next day. They are being counselled. The father of the two sisters works with a catering company, while the father of third missing girl is employed at an electronics firm.