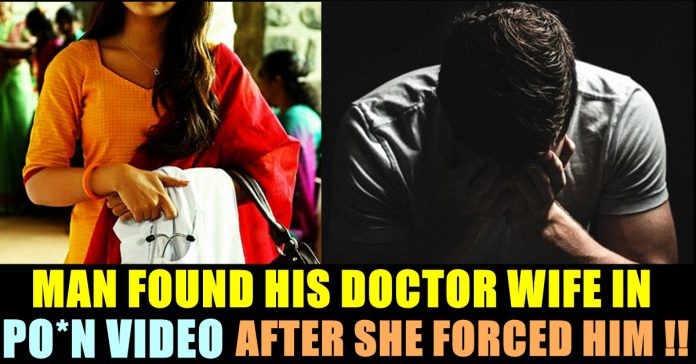 Days passed, the husband who didn’t complain about his wife’s strange desire of imitating porn films, got shocked while discovering a video clip on her phone in which she was seen involved in a compromising position with a man. The woman claimed that it was an old video ang the guy who featured in it was her former boyfriend. She said that he blackmailed her with the clip and said that she was keeping the video if it was required to produce in any kind of situation in future. Being unhappy about what he found, the husband consoled his wife and asked her to move on.