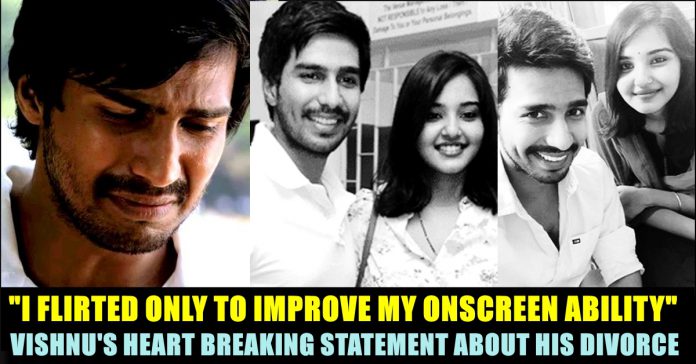 Vishnu Vishal is an Indian film actor and producer who has appears in Tamil language films. He started his acting career in the year 2009 playing the lead role in the sports film Vennila Kabadi Kuzhu, winning acclaim for his portrayal. Vishnu won further acclaim for his role in Neerparavai, portraying a fisherman. He rose to fame with the psychological thriller film, Ratsasan. Tamil actor Vishnu Vishal announced about his divorce with wife Rajini on November 13, 2018. The news had left everyone in shock. Vishnu Vishal never spoke about his divorce and the reason behind this big decision. For the first time in an interview, the actor revealed what caught rift between him and wife Rajini. The two have been separated for over a year now and Vishnu Vishal thinks that life is full of uncertainties and one of the things is his marriage.

The actor in an interview with The Hindu, the actor revealed the reason behind the separation from his wife.  “I still cannot understand what happened.” Vishnu said that he was an introvert and since he thought his personality was holding him back, he started getting more social and flirt even only to help him improve his onscreen romance. However, this apparently affected his personal life. He believes that it was the cause of a rift in their relationship. He revealed, “That’s when things started going wrong. The question of ‘You’ve changed’ came into being. Somewhere along it became, ‘No, I did not marry this guy.'”

Both Vishnu and Rajini couldn’t recover from it and decided to part ways. You can’t force anyone. I can’t digest [that it ended]. But I must. For the good of my son… (pause)… and hers. I seriously like her even today, and I know she likes me back. She is a good person, and she knows I am too. But I think, sometimes, the universe doesn’t want you to be together.” The actor concluded, “I’m a sportsman. I am used to failures, and bouncing back from them.” Vishnu and Rajini gave birth to a baby boy named Aryan in 2017. 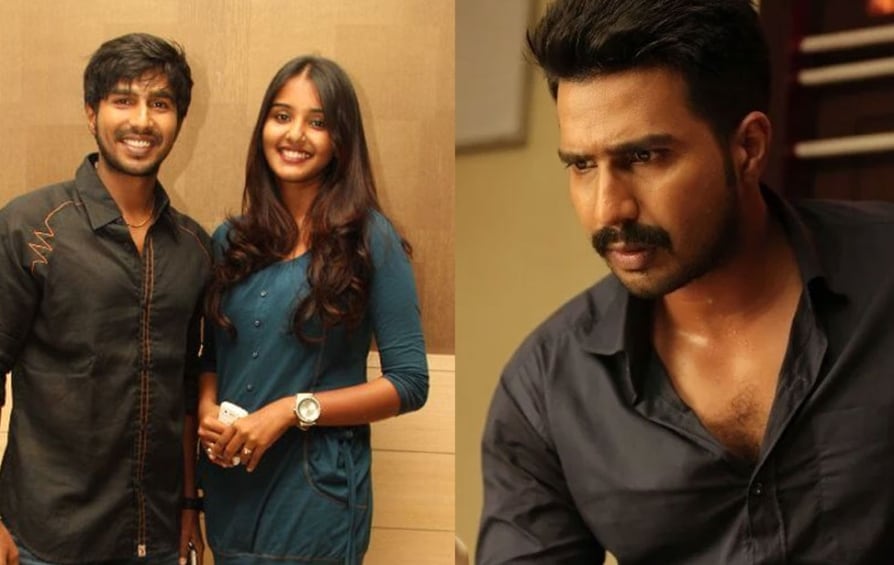 On the work front the actor got back to shooting after a long rest due to a car accident.  Vishnu Vishal met with an accident and the actor damaged his spinal cord. For the past few months, Vishnu has had to stay away from work. He was recovering at home, while the shoot of his films were put on hold. Now, the actor is back in action.

Vishnu took to Twitter to share a picture from a gym in Mumbai and announced that he is back in action. The actor said that he is joining the sets of Prabhu Solomon’s Haathi Mere Saathi, which has Rana Daggubati as the protagonist.