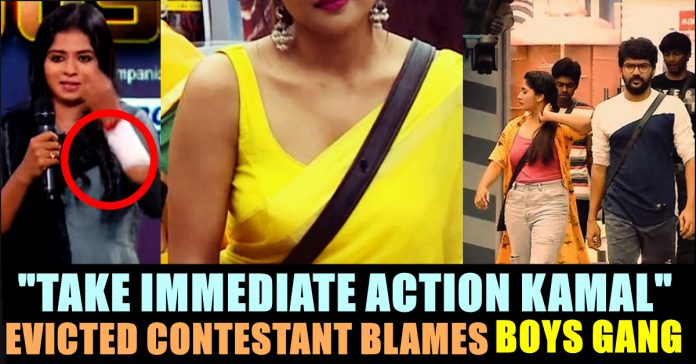 Bigg Boss Madhumitha is all over social media now for the first promo that got released a while ago. In the promo she is seen getting out of the Bigg Boss house with a bandage in her wrist.

The first promo which was delayed than usual timing, shows Madhumitha walking out of Bigg Boss house with having a wrapping in around her wrist. Kamal Haasan says that she could have avoided violence in the sacrifice she did. Cheran also states that what Madhu did was completely wrong and it will be a bad example for the viewers of the show.

Meanwhile Sakshi Agarwal who got evicted last week, reacted to the promo as soon as it got released. It is notable that Sakshi is one of the four female contestants for whom Madhumitha argued with Kavin. She also betrayed by Kavin who maintained a special relationship with her initially. In her tweet Sakshi said “Stay strong #Madhu ❤ The so called Boys gang making fun of others is not fair! It leads to depression/stress for the fellow contestants! Does #BiggBossTamil3 promotes bullying? Take immediate actions!”

Stay strong #Madhu ❤ The so called Boys gang making fun of others is not fair! It leads to depression/stress for the fellow contestants! Does #BiggBossTamil3 promotes bullying? Take immediate actions!#BiggBossTamil #KamalHaasan #BiggBoss https://t.co/h99WH0IvYI It all started when Vanitha Vijayakumar made her re-entry into the house. As soon as  entering the house, Vanitha Vijayakumar made few statements whichinfluenced Madhu in big time. Once Vanitha said that male contestants inside the house are making use of female contestants which made Madhu to reiterate it during an argument in a different way. She used the word “slavery” which disturbed male contestants such as Kavin, Tharshan, Sandy and Mugen. However, one of the four girls whom Madhumitha defending was with the Boys gang during the argument.

Madhumitha even said that she will go out of the house if Kamal give 10 minutes for the contestants to get out as Vanitha stated. This evidently proves how much Madhumitha influenced by the statements of Vanitha Vijayakumar who is reporting about the outside happenings inside the house which is not a rule in Bigg Boss game show. 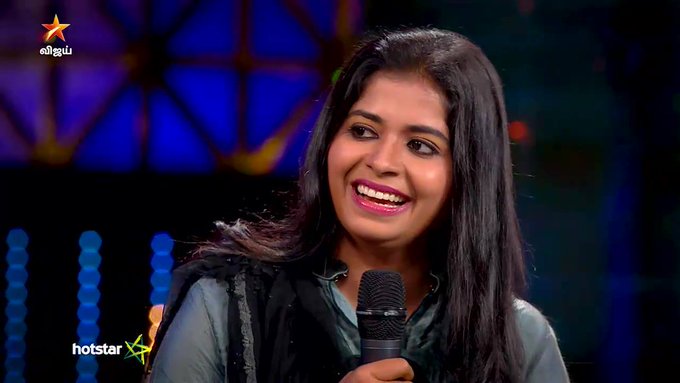 Coming back to Sakshi’s tweet, Check out some of the reactions she is receiving for her statement in this Madhumitha issue :

You are very correct Shakshi..!
Madhu also standing for u..!
😔😔😔

@ActressSakshi Nobody else should be blamed..

What do you think on this statement of Sakshi ?? Comment your views below !!