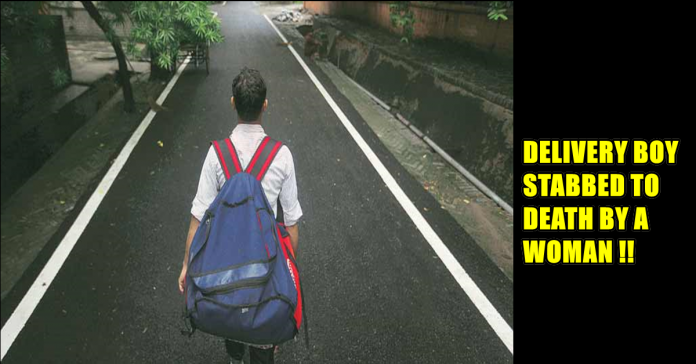 A few days ago, 28-year-old Keshav packed his bag full of Flipkart stuff and stepped out for deliveries. However, there was one specific delivery that cost him his life. It belonged to a woman who lived in Nihal Vihar. She had ordered a phone from the website. However, due to certain factors the delivery got delayed. So, when Keshav reached her place, she lashed out at him in anger.

Things got out of control when she went into the kitchen to get a knife. When her 30-year-old brother Kamal Deep saw this, he tried to intervene. But, she asked him to either butt out or help her teach the delivery boy a lesson. So, together they attacked Keshav and stabbed him 20 times! Then they robbed him of Rs 40,000 cash and tried to strange him to death. Later, they threw him in a drain in Chandan Vihar area. According to Keshav, he was supposed to deliver a phone worth Rs 11,000 to the accused woman, identified as Kamal Deep, on March 21. He said the woman kept calling him through the day and she sounded quite angry that the delivery was delayed. Keshav admitted that he was new to the area so he found it difficult to locate the woman’s house. When he got there, he said, Kamal Deep was livid and she rushed at him with a kitchen knife. He said when Kamal’s brother Jitender Singh tried to pacify her, she told him to either help her teach Keshav “a lesson” or mind his own business. All the while, she yelled at Keshav for deliberately delivering her phone late. The injured was identified as Keshav, a resident of Ambica Enclave in Nihal Vihar. He recorded his statement on March 24 and based on his statement, the accused were arrested. A CCTV footage also helped us crack the case,” a senior police officer told The Hindu. The woman and her brother has been arrested and a case has been registered.

The victim, Keshav, was taken to Sanjay Gandhi Hospital by the police following a PCR call for a man lying in a drain near Chandan Vihar area. Police have also recovered a blood-stained towel, the knife used in the crime and the money looted from Keshav.