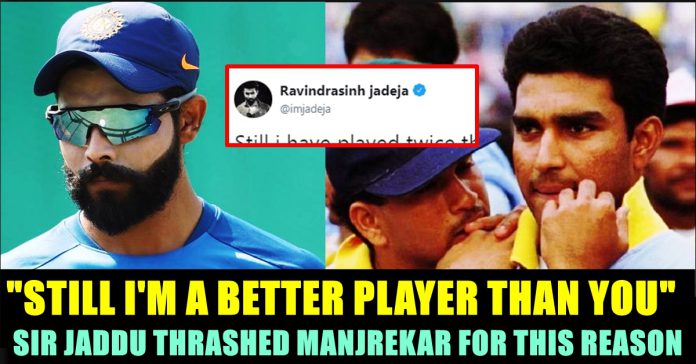 Sanjay Manjrekar is facing the wrath of not only public but also from a player of Indian cricket world cup squad. Ravindra Jadeja who represents India as an allrounder in this ongoing tournament slammed Manjrekar for his comment against him. He also mentioned about what he heard about him from others about his commentary. In his tweet Jadeja wrote “Still i have played twice the number of matches you have played and i m still playing. Learn to respect ppl who have achieved.i have heard enough of your verbal [email protected]”

Still i have played twice the number of matches you have played and i m still playing. Learn to respect ppl who have achieved.i have heard enough of your verbal diarrhoea.@sanjaymanjrekar

Reason behind this tweet is nothing but the untasteful comment of Sanjay about the cricketer.  “I am not a big fan of bits and pieces players which Jadeja is at this point of his career in 50-over cricket. In Test matches, he is a pure bowler. But in 50-over cricket, I would rather have a batsman and a spinner,” Manjrekar had said.

Ravindra Jadeja has not yet played a single game in the 2019 World Cup but he has been a huge asset on the field as a substitute fielder. In 151 ODIs, Jadeja has scored 2035 runs and taken 174 wickets. Sanjay Manjrekar played 74 ODIs, scored 1994 runs and took 1 wicket. 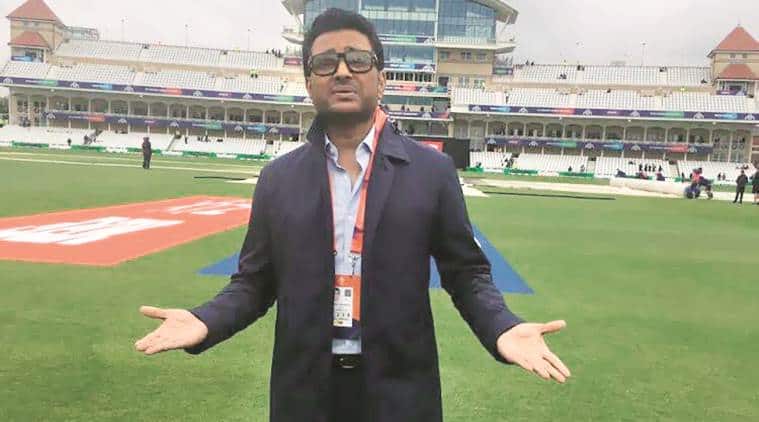 Sanjay is became the victim of heavy trolls and criticism for his biased commentary. One fan even wrote a letter to BCCI to remove him as he called one of the Indian player as “Our” during his commentary.

Sanjay Manjrekar Criticized Dhoni’s Slow Innings !! Got Thrashed By His Own Followers !!

Even RJ Balaji trolling Sanjay Manjrekar’s commentary during his Tamil commentary which is going viral in social media platforms. Apart from him many Tamil celebrities expressed their disappointment on his commentary as well.

Check out some of the reactions for Jadeja’s tweet :

Bhai you can still contribute a lot for India in this world cup without coming on the field… by making this Sanjay get fired from the combox!

I know how you resisted yourself using the words like chutiya, maadar, BSDK etc. Respect Sanjay Vijay Manjrekar is an Indian cricket commentator and former cricketer. He played international cricket for India from 1987 until 1996 as a right-handed middle order batsman. He scored just over two thousand runs in Test cricket at an average of 37.14. He occasionally played as wicket-keeper. Following the conclusion of his cricket career, he now works as a cricket commentator.