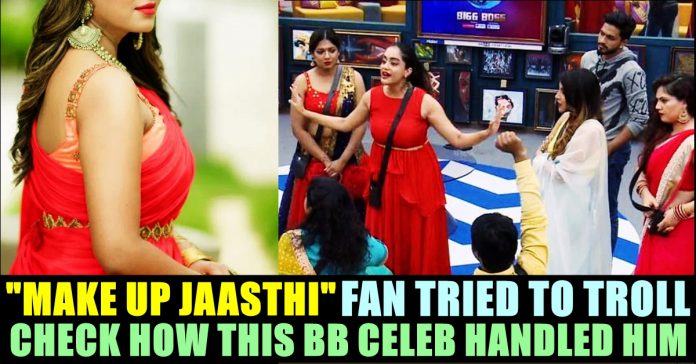 After her stint in Bigg Boss Tamil reality show, Reshma became very much active on social media platforms, especially in Instagram. Reshma made her acting debut with Masala Padam, playing the heroine opposite debutant actor Gaurav. She has subsequently appeared in several more films, notably playing a news reader in Ko 2 and a comedy role in Velainu Vandhutta Vellaikaaran alongside Soori which gained her fame among Tamil audience. She then appeared in Girls, a Tamil and Malayalam bilingual, about illicit relationships.

Regarding Bigg Boss show, Reshma, in one of her interview after eviction, Reshma revealed how money plays a vital role among the contestants of current Bigg Boss show. Reshma even asked Kavin to pay the college fees of her son during a conversation.

Reshma is also known for interacting with her followers occasionally. Among many other celebrities who prefers to let their followers know about their daily routines, Reshma is also one of them and never misses to update about her photoshoots and movie shoots.

Lately, the actress posted a photo of herself in a simple look. The picture which seems to be a selfie, Reshma was seen looking at the camera and her caption said “Wait,,,, keep looking into my eyes 😂😂😂😂😂😂😂😂😂😂😂😂😂😂😂😂😂😂shootmode #movie #killingit #entertainingideas”

On seeing this picture, one of her follower felt that her makeover is little bit higher than it is required and had the courage to express it to the actress herself through the comment section. “Pretty look Aththai but make up is little more” read the comment of the user.

To this comment, Reshma, instead of getting offended and blocking the Instagram user, gave him a cool reply by writing “u should be concerned if it’s less 🤣😂🤣🤣”

Reshma has become the fifth contestant to get eliminated from Bigg Boss Tamil 3. During her Bigg Boss times, she was called as “Neutral Reshma” by her co-contestants for not taking any sides. For her eviction, Megen Rao who won the title later, worried much and expressed his regression as he was one of them who nominated her for the eviction.

One of the very interesting fact about Reshma is that she is a sister Bobby Simha who is known for his appearance in many Tamil films. He won National award for the film Jigarthanda and is busy doing films as protagonist.

Wishing my brother @iam_bobbysimha a very happy birthday, wish you all the happiness in the world, for your kind heart you deserve everything amazing. Much love – akka🤗🤗🤗 #happybirthday #amazingperson #nationalawardwinner #actor #movies #behindwoods #galatta #indiaglitz #vaantv #moontv #littletalkies #astroulagam #ibctamil

Comment your views on the way Reshma handled her follower !!