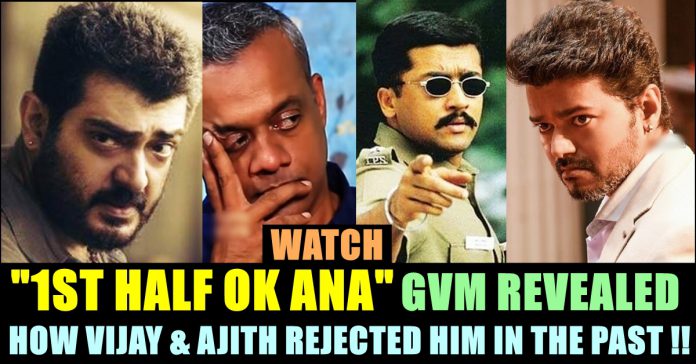 Gautham Vasudev Menon is one of the prominent filmmakers of Kollywood cinema who is known for his poetic way of treating a mediocre story plots. The movies of him such as Vinnai Thaandi Varuvaya, Vettaiyadu Vilayadu, Kaaka Kaaka, Varanam Aaayiram garnered critical acclaim as well as commercial success in box office.

The last time Gautham saw a release in Kollywood was in 2016 through Simbu starrer Achcham Enbathu Madamayada. For the past 3 years, there were many updates kept surfacing about his next venture as director and as Producer as well. Unfortunately, none of them saw its release since 2016 including Enai Nokki Paayum Thotta, D16 fame Karthik Naren’s directorial Naragasooran, Selvaraghavan’s directorial Nenjam Marapathillai. The reason behind these hurdles is nothing but the financial crisis he has been facing.

Gautham Menon who worked with Rajiv Menon as assistant director debuted to Tamil film industry through directing “Minnale” movie which had Madhavan in the lead. But he got his breakthrough from his second movie “Kaakha Kaakha” in which actor Surya played the role of police officer for the first time. The movie became a cult classic and received well by the Tamil audience and considered as one of the very best cop movies that are ever made in Tamil cinema.

Now in a recent interview with Galatta youtube channel, Gautham has revealed about few unknown facts during the pre-production of the movie. He revealed the top heroes whom he approached to do the role of Anbu Selvan, the role that was did by Surya.

“I went to Ajith sir, he said “No”, asked Vikram sir, he said that it won’t work and even went to Vijay sir who said that 1st half of the story is “Ok” but hesitated about the 2nd half. Though I had no big budget and business, Suriya accepted to do it and that film made me meet kamal Haasan sir. That decision changed both our lives” said Gautham menon in the interview.

Watch the interview below from 19th minute :

Gautham Menon’s next release will be ENPT which is waiting for a release date and Dhruva Nakshathram is also on cards to be released within this year. Today’s update said that he is going to do film with Surya under Lyca productions.

He is trying his very best for all the financial crisis he is facing right now with his films delay!

Besides, Gautham also directed a web series for MX player which was titled as “Queen”. It is touted to be a biography of late chief minister Jayalalitha. 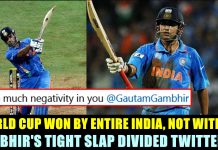 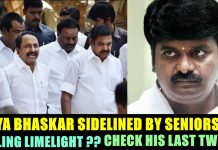 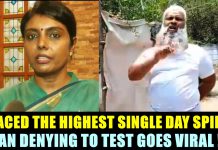