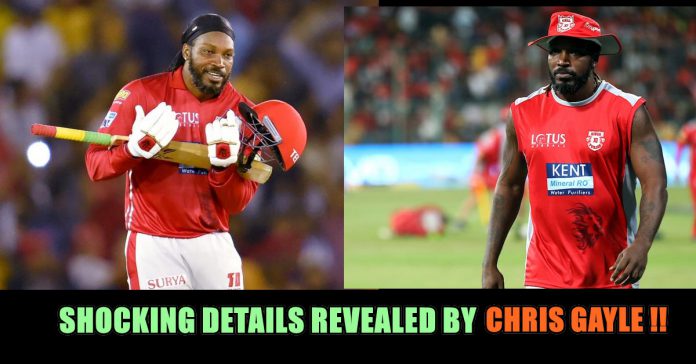 With 252 runs in four matches this season for Kings XI Punjab, Chris Gayle has rediscovered the form that made him such a force for Royal Challengers Bangalore over the years, before he was released by the franchise ahead of the 2018 IPL. Gayle, however, revealed he’d been told RCB would retain him, only to not hear from the franchise again. “I was their biggest draw. It was disappointing from that end, because they had called me. They wanted me in the team and I was told that I will be retained,” Gayle told The Times of India. “But they never called back after that. So that gave me the impression that they didn’t want me, and it’s fine. In the 2017 CPL, Gayle was the highest scorer for St Kitts and Nevis Patriots. He bettered that in the BPL, where he topped the tournament run charts by a distance and scored 146 not out with 18 sixes in the final.

“I think I had a wonderful CPL and BPL – where I scored two centuries for my side Rangpur Riders. The stats don’t lie: 21 centuries, most number of sixes. If that doesn’t put a stamp on brand Chris Gayle, I don’t know what will.” Gayle nearly didn’t make it to this IPL entirely. Having gone unsold when his name came up for bidding the first time during the player auction in January, he was eventually bought at base price by Kings XI towards the end of the auction’s second day.

“I’ll be honest in admitting that it was very surprising for me to not get picked by any team,” Gayle said. “I don’t know what went behind closed doors, but I also understand that these things happen,” he said. “It’s just the way it is. But it’s fine, I’ve moved on from it. Like I said, it’s a great opportunity to be playing for King XI Punjab, and so far I’ve had a great time. Perhaps it was supposed to happen, you know. King Gayle: destined to be playing for Kings XI Punjab.” After finally being picked at the auction, Gayle did not have a smooth start to the season either: he was benched for Kings XI’s first two games. However, after overseas batsmen Aaron Finch and David Miller had poor starts themselves, Gayle was given a go at the top of the order. He scored a 33 ball 63 against Chennai Super Kings and then followed up with a hundred and another half-century, forming a prolific opening partnership with KL Rahul, another player RCB let go. “Even though I was selected in the very last round of the auction, I wasn’t really worried about it,” Gayle said. “At some stage, you are going to walk away from the IPL and other forms of cricket. This is how I’ve always been: living in the present. But, given the sense that I was picked up and playing for a new franchise, it was very pleasing. And the way I have played in the first three games, I think it has been fantastic. I’m very happy with where I’m at.”