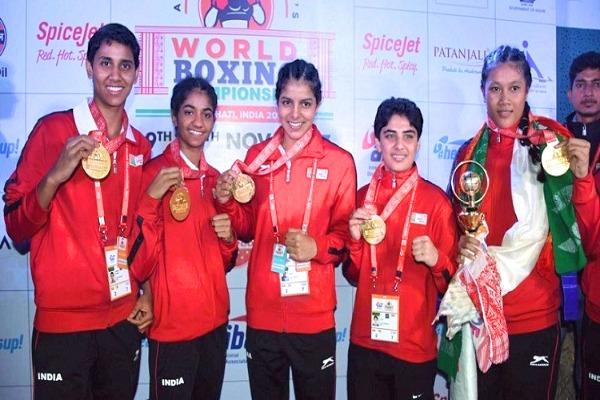 “It was an easier final compared to the semifinals. I did not find it too tough to break through,” said Nitu, one of the four Haryana finalists at the event.

“This was the toughest bout of this tournament for me. It took a lot out of me,” said Sashi, who was in tears at the end of the contest.

It is notable that, Jyoti also qualified for next year’s Youth Olympic Games in Argentina courtesy her top finish and the fact that she was born after 1999. And Ankushitha was given the title “boxer of the tournament”

“You are seeing the probable Olympic medallists for India at the Tokyo Olympics here. It has been a fantastic performance and Guwahati has been a fabulous host,” Boxing Federation of India President Ajay Singh told PTI. He also announced a cash prize of Rs 2 lakh each for all the gold-medallists.