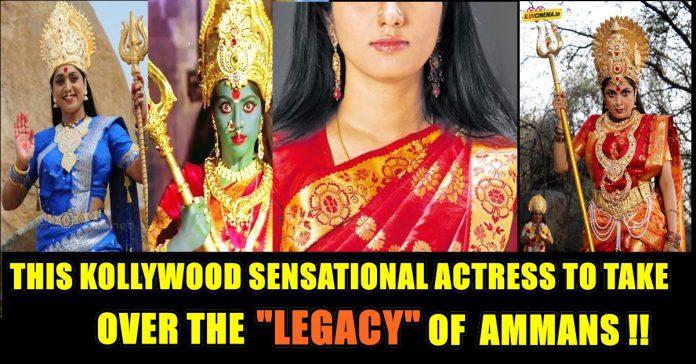 The social activist turned actress speaks to DC as to how she was initially apprehensive to play the Hindu goddess role while she is a Christian and how she turned a vegetarian for the whole of three months of the shoot and about her preparations for the role. “Though I am the lead female in the movie, there’s a transformation at a certain stage where I need to take Amman avatar. So, I was hesitant to accept the role of a Hindu deity when the makers approached me. Would I do justice to the role, I asked myself. But, the directors convinced me and took the look test. After I saw the pictures of me sporting ‘Amman’, I was convinced that I can pull it off,” says Julie. Julie also prepared herself to learn the Hindu traditions and culture, the body language to be followed, etc. “Having accepted, I wanted to give my 100 percent. I even fasted during the days when I shot for Amman portions. I also learnt the ways people worship gods etc. It was a mind-blowing experience (smiles)”. Julie’s cooperation for the climax song where the goddess annihilates the evil villain was enormous, claims the director duo of Maheshwaran and Chandrahasan. “It’s a ferocious dance and Julie took training from the master, rehearsed and then performed it.” The movie has extensive CG work, and was shot in Vadakkampatti in Madurai and Bhairavakona, a holy place in Andhra.  Anbu, a VJ, debuts as the hero and Charan plays the villain.