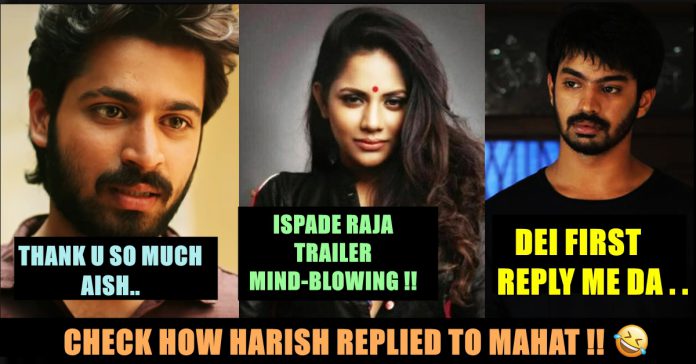 Harish Kalyan, who rose to fame after his stint at Bigg Boss Tamil season 1, turned out to be a successful hero with the film Pyaar Prema Kadhal. He acted as an innocent loverboy in the film alongside his Bigg Boss co-contestant Raiza Wilson.

Pyaar Prema Kaadhal turned out to be a successful venture and the director was praised for his debut attempt. 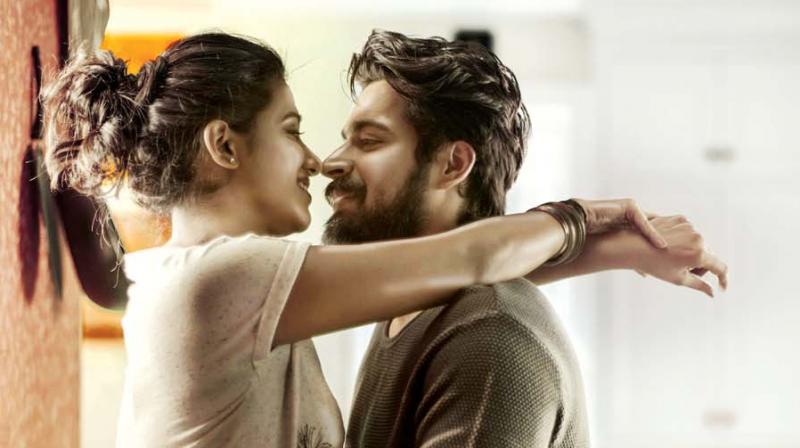 Now, Kalyan has turned all rugged and macho for his next film Ispade Rajavum Idhaya Raniyum, which has Shilpa in the female lead role. The film directed Ranjit is touted to be a new-age love romantic film. Kalyan looks fierce and it seems like he has tried to emote Arjun Reddy Vijay Deverakonda in the film.

Balaji Kapa has produced the film, which has music by Sam CS. Kavin Raj is handling the camera, while Ruben is roped in for the cuts.

Check out the trailer here :

Harish Kalyan who thanked all of them for launching his trailer also thanked those who shared his movie’s trailer. Starting from Nithin Sathya to Manjima Mohan, Harish thanked everyone in his twitter account.

The actor also thanked his Aishwarya Dutta who rose to fame through BIGG BOSS Tamil season 2. The actress who currently doing film with his Bigg Boss mate Mahat wished Harish a very best for the trailer of the film.

Harish thanked her by writing “Thank you so much aish :))” in her reply.

Mahat Raghavendra who is known for films like Mankatha and Jilla immediately reacted to this conversation of Harish Kalyan and Aishwarya Dutta. The actor who thought that Harish Kalyan has not replied his asked him to reply his tweet first.

But what actually happened is that Harish has already replied Mahat in his series of “Thank you” tweets. Check out how he reacted to Mahat’s attempted troll :

@MahatOfficial see iv done it actually n i forgot i did🤨

Harish Kalyan has played the angry version of Devdas, with shades of Arjun Reddy. Going by the trailer, Kalyan’s Ispade Raja has serious anger issues, which he directs sometimes at punching bags or at people that cross him. He is crazy about Shilpa Manjunath’s Idhaya Rani, who is not submissive to his antics. There is quite a lot of dramatic tension at work with a lot of crying, cussing, travelling on lonely roads and of course, screaming in solitude.