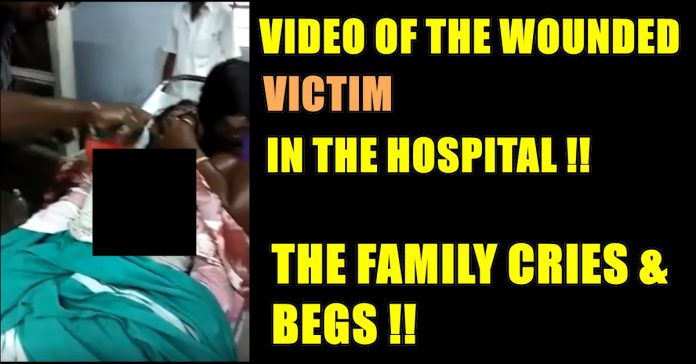 Speaking to the media, Fisheries Minister Jayakumar said, “Tamil Nadu is a garden of peace. No matter who initiates it, violence is unacceptable. The district administration and police are taking measures to bring things under control. The matter regarding alleged violations by Sterlite is already in court. We have to investigate who started violence and why there was gunfire. There is no clear data yet on how many people have died or been injured.”

Claiming that the police firing was unavoidable, Jayakumar said that the mob was approaching the Collector’s office.

As the death toll rises in Tuticorin police firing. More than eight people feared dead already while over 15 severely injured are fighting for life, say top Govt sources.
Meanwhile a heart-breaking video of a shoot out victim’s family has been rounding on internet which is really dreadful. It is allegedly said that media is not allowed to telecast it.
watch the video below :
This video made us torn apart and this sterlite should be immediately banned as a permanent solution for this outrage.