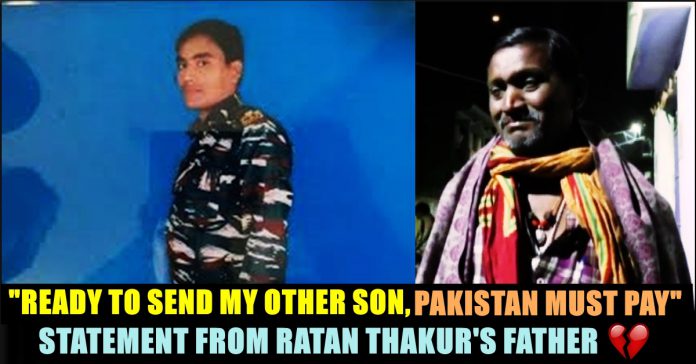 In total of 44 Central Reserve Police Force (CRPF) jawans were killed on Thursday and several others injured when Jaish terrorists targeted a convoy with a car bomb in Jammu and Kashmir’s Pulwama district. Few hours after the attack, the bereaved father of a CRPF personnel Ratan Thakur, who was killed in cowardly attack, in a gut-wrenching message said that he is ready to sacrifice his other son as well for the country. He also added Pakistan must also begiven a ‘befitting reply’.

The bereaved father of a CRPF personnel who was killed in the terror attack in Jammu and Kashmir’s Pulwama in a heart-wrenching message said he is ready to sacrifice his other son as well for the country.

“I have sacrificed a son in Mother India’s service, I will send my other son as well to fight. I am ready to give him up for Mother India, but Pakistan must be given a befitting reply,” the father said in Bhagalpur.

CRPF Personnel Ratan Thakur’s (who lost his life in #PulwamaTerrorAttack ) father in Bhagalpur: I have sacrificed a son in Mother India’s service, I will send my other son as well to fight, ready to give him up for Mother India, but Pakistan must be given a befitting reply.#Bihar pic.twitter.com/rI6cM38Agh

His grieving father in Bihar’s Bhagalpur has not bowed down to terrorism. Teary-eyed, he said he is going to send his other son to fight for the country as well even after losing one son “in Mother India’s service”.

Reports suggested that the vehicle used by the terrorists was a Mahindra Scorpio carrying more than 350 kg of explosives. Jaish-e-Mohammed terrorist Adil Ahmad Dar was identified as the suicide bomber who carried out the attack.

The explosion targeting the CRPF convoy of over 70 vehicles carrying more than 2,500 men was heard from several kilometres away. 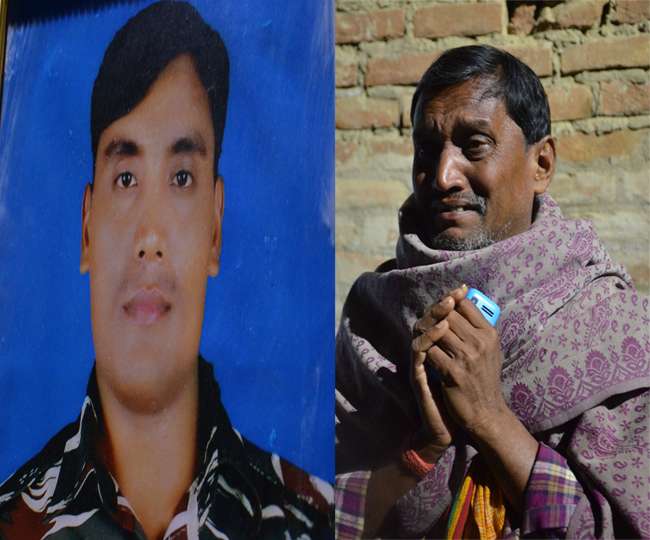 The government in a strongly-worded statement slammed Pakistan over the terror attack and demanded that Islamabad stop supporting terrorists and dismantle terror infrastructure operating from its soil.

Pakistan strongly rejected allegations of the country’s link to the strike. Calling it “a matter of grave concern”, the Pak government asserted they have” always condemned acts of violence” anywhere in the world.

IED blast was followed by gunshots in Goripora area of Awantipora. The incident took place when some 2,547 CRPF personnel were coming in a convoy of 78 vehicles from the transit camp in Jammu and headed to Srinagar.

The United States also released a strong-worded statement late on Thursday condemning the attack and directed Pakistan to “immediately end “support” and “safe haven” to all terror groups. 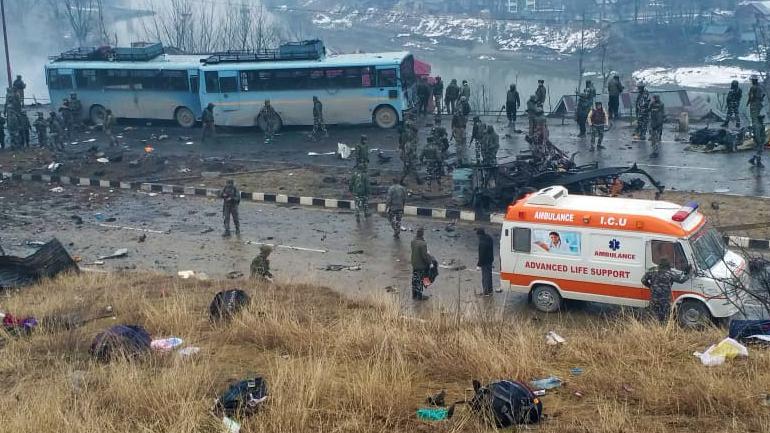 Prime Minister Narendra Modi promised that the “sacrifices” of the jawansat Jammu and Kashmir’s Pulwama “will not go in vain”.

A meeting has been called this morning of the Cabinet Committee on Security, headed by PM Modi and comprising the Home, Defence, External Affairs and Finance Ministers. The government said it was “firmly and resolutely committed to take all necessary measures to safeguard national security”.